Dr Vinod Kumar, a psychiatrist and head at a centre for mental health In Bengaluru, speaks about the causes and the process of the treatment. 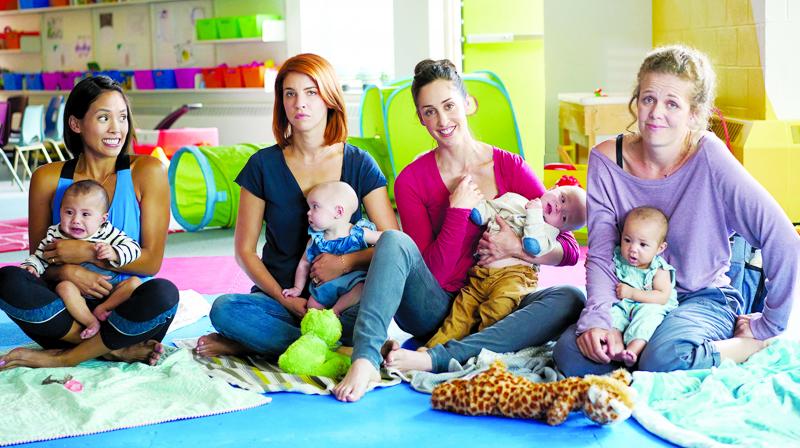 A still from the series Workin’ Moms which speaks about Borderline Personality Disorder.

Mental health illness is one of the biggest battles we are fighting on a daily basis. A recent study has revealed that over 10 million cases of Borderline Personality Disorder are accounted per year in the country.

After the Bollywood industry widely supported the depression spree, with famous actors like Deepika Padukone speaking about depression and creating more awareness, we see a sense of acceptance. However, psychologists and psychiatrists believe that depression is only a symptom to a bigger dark cloud (BPD) You might think frustration, a constant sense of loneliness, or multiple unsuccessful relationships might just be mere luck or products of the fast pace lifestyle we live in. But, here’s why you need to think twice.

Sharanya Jithin a counselling psychologist and mental health expert explains the disorder in detail; she says, “A constant sense of irritability and frustration, a roller-coaster-ride kind of mood swings, multiple unstable relationships and the fear of abandonment are the most prominent symptoms to watch out for. It usually occurs in teenagers and is magnified in early adulthood.”

She elaborates, “Since these symptoms seem natural most people don’t realise the severity it. I’ve had patients come to me with suicidal tendencies and substance abuse. While mental health still remains a taboo in the mindsets of many, we need to spread more awareness and must be equipped to treat these disorders.

Just by passing a mere mental health bill will not suffice. The current ratio of psychologists to people is one psychologist per one lakh citizens of the country, which is absolutely inadequate.”

Shruthi (identity hidden) a 24 year old BPD survivor shares her experience, “I knew something was wrong with my behaviour, though everything seemed normal. Sometimes when I sit down and try to understand when it all started I am just clueless. Before, my diagnosis I would constantly snap at my dear ones and road rage was a daily affair. There were some mornings when I felt pointless in life and a few where I felt the sky was my limit. With multiple unsuccessful relationships, I had lost the trust on love; the feeling of moving on was what got me feeling extra guilty. To get the attention of my friends I’d like to them to seek pity.  But, everything fell apart and I gave in to severe depression and I inculcated suicidal tendencies and cut myself which I now wear as victory scars.”

She elaborates, “I knew it was getting too much and I watched the movie Welcome to me which gave me that push to speak to a psychiatrist and I did. After a detailed evaluation I was diagnosed with Borderline personality disorder. I was given medication to moderate my mood swings (which I earlier thought was PMS) and anger, and with rigorous therapy I found out that I was sexually abused as a kid by a close relative. With all the treatment and therapy sessions I have now managed to forgive myself and started a fresh life. I married the man I love who supported me every step of the way. I know it is difficult to take that step, but once you do you will never regret it.”

Dr Vinod Kumar, a psychiatrist and head at a centre for mental health In Bengaluru, speaks about the causes and the process of the treatment. He says, “This is an issue we see in alot of millennials today. One of the key reasons being, around few years ago was when the IT storm hit the country and the rising economy demanded both parents to work for a sustainable lifestyle. Hence, kids were left in the hands of strangers in Day Cares and were neglected by parents; of course we cannot blame parents as they strive to provide for their kids. Other causes include depressed mothers or close blood relatives and can also be a neurological issue.”

Speaking about the psychological evaluation process and side effects he explains, “We do this to understand the depth of the issue and why at this age? For this we have to ask questions pertaining to one’s family history, a mini autobiographical account of one’s life etc. We also use structured questionnaires and speak to them to further understand where they come from. The treatment includes medication in severe case and therapy. These medications do have side effects, but we take good care to prescribe high quality medicines.”