Report in New England Journal of Medicine is first full account of a large-scale effort to test what could be first vaccine against Ebola. 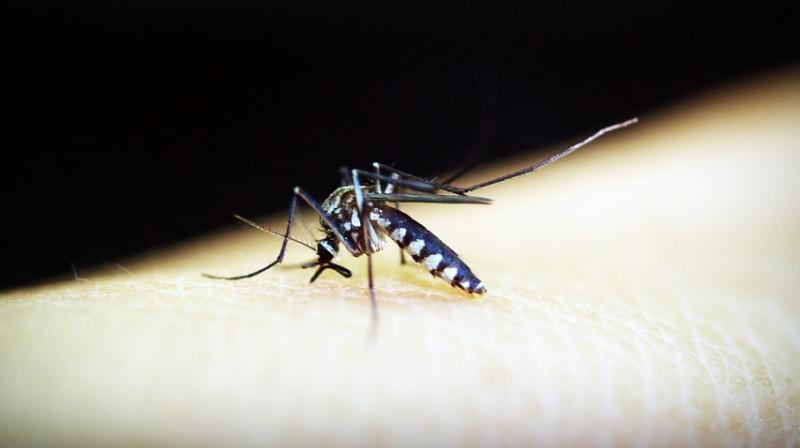 Experts say clinical trial has yielded valuable information that is essential for the continued development of the two Ebola vaccines. (Photo: Pixabay)

Miami: Two experimental vaccines against the Ebola virus have shown promise in protecting against the hemorrhagic fever for at least a year, according to the results of a major clinical trial published Wednesday.

The report in the New England Journal of Medicine is the first full account of a large-scale effort to test what could be the first vaccine against Ebola.

The outbreak of the highly contagious and often deadly virus killed more than 11,000 people, mainly in Liberia, Guinea and Sierra Leone, as it swept West Africa from late 2013 to 2016.

The phase II study involved 1,500 people in Monrovia, Liberia. Participants were randomly assigned to receive one of two vaccines being tested, or a placebo.

The second vaccine candidate was cAd3-EBOZ, co-developed by the US National Institute for Allergy and Infectious Diseases' (NIAID) Vaccine Research Center and GlaxoSmithKline.

After one month, 84 percent of rVSV-ZEBOV recipients developed an antibody response. At one year, 80 percent still had this protection.

For the other candidate, cAd3-EBOZ, 71 percent developed an antibody response, and 64 percent still had such a response at one year, when the trial ended.

"This clinical trial has yielded valuable information that is essential for the continued development of these two Ebola vaccine candidates and also demonstrates that well-designed, ethically sound clinical research can be conducted during an epidemic," said NIAID director Anthony Fauci.

"A safe and effective vaccine would be a critically important addition to classical public health measures in controlling inevitable future Ebola outbreaks."

Some people receiving the vaccines experienced "mild to moderate side effects that resolved, such as headache, muscle pain, feverishness and fatigue," said the report.

"Overall, investigators did not identify any major safety concerns related to the vaccines. Most of the serious medical issues reported during the trial were due to malaria."

The trial was conducted as part of a US-Liberia clinical research collaboration known as the Partnership for Research on Ebola Virus in Liberia (PREVAIL).

This first study, called PREVAIL 1, was launched in February 2015 and was originally designed to enroll 28,000 volunteers, but had to be scaled back to a smaller phase II trial as the outbreak ebbed.

As many as 15 vaccine candidates are being designed worldwide to prevent Ebola.

Experts say the first vaccines could be approved for use by 2018, under a fast-track regulatory process.