The report said that using smokeless tobacco during pregnancy results in 70 per cent higher risk of anaemia in pregnant women. 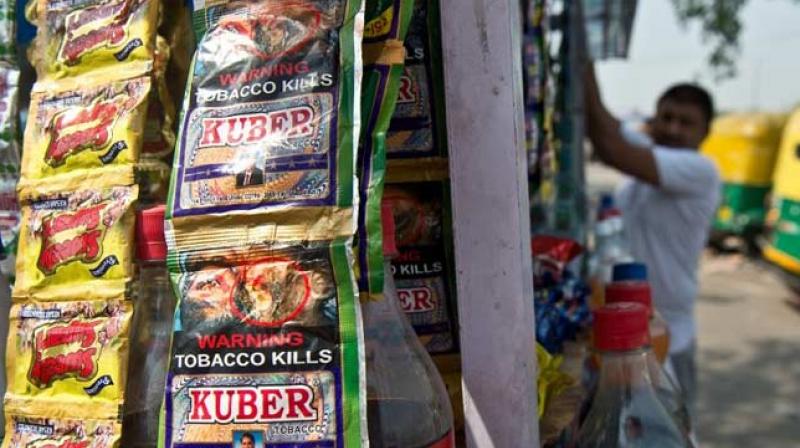 The smokeless tobacco industry in India has grown "exponentially" mostly in the unorganised sector. (Photo: AFP/Representational)

New Delhi: Around 70 million women in India aged 15 years and above use smokeless tobacco (SLT) and one factor influencing them to consume it is the desire to suppress hunger while performing laborious tasks, a new report today said.

"Currently, 70 million women age 15 and older use SLT. Easy availability and low cost of SLT are key factors promoting SLT use by women. One factor influencing SLT use among disadvantaged women is the desire to suppress hunger while performing difficult and laborious tasks," the report said.

The Health Ministry in collaboration with WHO, Public Health Foundation of India, Healis-Sekhsaria Institute of Public Health, Centers for Disease Control and Prevention, and National Cancer Institute, US released the country's first comprehensive report on the impact of smokeless tobacco consumption in the country.

Terming cancers of the oral cavity and pharynx as an important health problem in India, the report said that nearly 85,000 new cases among men and 34,000 among women are reported each year with at least 90 per cent of them caused by tobacco use in some form and more than half are caused by SLT use.

Referring to the The Global Adult Tobacco Survey (GATS) conducted in India in 2009-2010 among those 15 years or over, the report said that SLT was the most common form of tobacco used as the prevalence of SLT use was 26 per cent (33 per cent men and 18 per cent women).

The report was released Seventh Session of the Conference of Parties (COP7) to World Health Organization (WHO) Framework Convention on Tobacco Control (FCTC) which India is hosting for the first time.

The SLT industry in India has grown "exponentially" mostly in the unorganised sector, the report said and asserted that about 14 per cent of land under tobacco cultivation is used for growing SLT varieties and one-fifth of total tobacco production is used for SLT.