Kids can learn, perform CPR, too 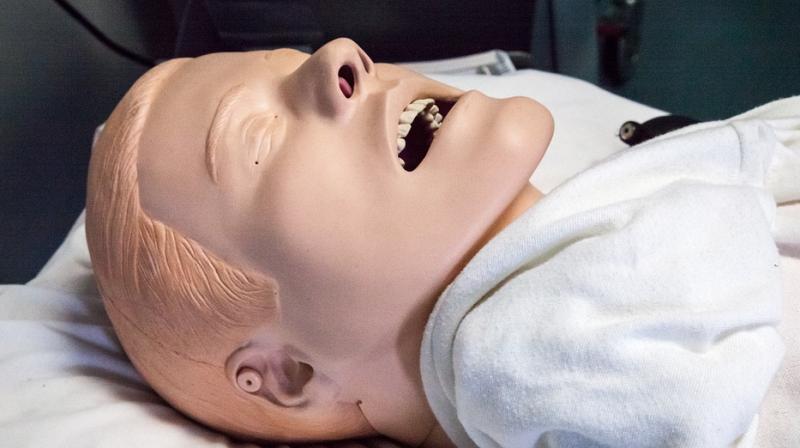 Washington: Students as young as sixth-graders can learn and perform cardiopulmonary resuscitation (CPR) effectively and should be targeted for training, according to a preliminary research.

Researchers assessed the ability of 160 sixth-graders (average age 12) to perform Hands-Only CPR for adults, using music and a video game to help the students attain the correct compression rate.

The students were divided into three groups. One group (the control) watched the American Heart Association's video CPR in Schools Training Kit to learn how to perform 100 to 120 compressions per minute (CPM) on the adult CPR manikins. The second group watched the video and listened to music with a tempo matching the goal compression rate. The third group watched the video and played a video game to reinforce the goal compression rate. Each child then tested their new skills on the manikins.

Across the groups, most students remembered to call 911, performed CPR in the correct location and provided high-quality compressions. However, attainment of goal compression rate for effective CPR was higher among the music and video game groups than the control group.

Based on these findings, researchers suggested that tempo-reinforcing tools like music and video games may help children attain goal compression rate to perform effective Hands-Only CPR. Some states already require Hands-Only CPR training for high school graduation, but researchers say there has been little focus on younger children.

"We were wondering why they need to wait until 12th grade when sixth graders have learned the circulation system and seem mature enough and are interested in learning Hands-Only CPR," said author Mimi Biswas from University of California Riverside School of Medicine and Riverside Community Hospital.

The study is presented at the American Heart Association's Scientific Sessions 2017.