Turn down the volume

WHO takes aim at harmful smartphone use and other audio devices to safeguard against hearing loss. 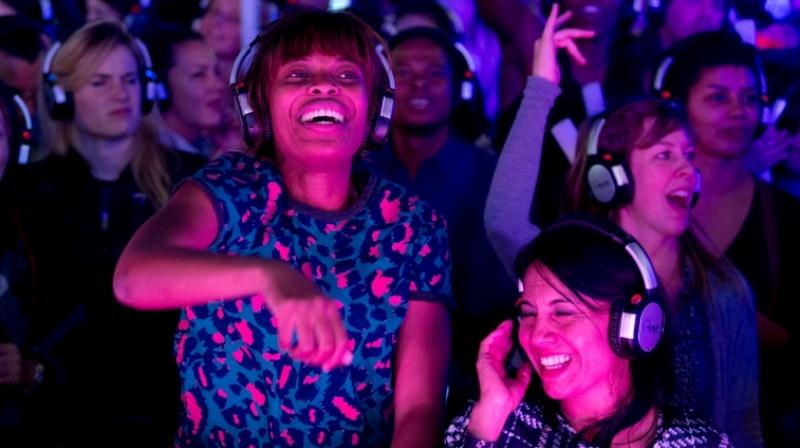 Around half of those between 12 and 35 risk damaging their hearing due to "prolonged and excessive exposure to loud sounds, including music they listen to through personal audio devices," the WHO said. (Photo: AFP)

Geneva: More than one billion young people risk damaging their hearing through excessive use of smartphones and other audio devices, the UN warned Tuesday, proposing new safety standards for safe volume levels.

In a bid to safeguard hearing, the World Health Organization and International Telecommunications Union (ITU) issued a non-binding international standard for the manufacture and use of audio devices. Young people are particularly prone to risky listening habits.

Around half of those between the ages of 12 and 35, or 1.1 billion people, are at risk due to "prolonged and excessive exposure to loud sounds, including music they listen to through personal audio devices," the UN health agency said. WHO chief Tedros Adhanom Ghebreyesus pointed out that the world already has "the technological know-how to prevent hearing loss".

"It should not be the case that so many young people continue to damage their hearing while listening to music," he said in the statement. Young people, he said, "must understand that once they lose their hearing, it won’t come back." Currently, about five per cent of the global population, or some 466 million people, including 34 million children, suffer from disabling hearing loss.

WHO said it remained unclear how many of them had damaged their hearing through dangerous use of audio devices. It insisted though that the new standard developed with ITU would go a long way to "safeguard these young consumers as they go about doing something they enjoy."

WHO considers a volume above 85 decibels for eight hours or 100 decibels for 15 minutes as unsafe. The safe listening devices and systems standard calls for a "sound allowance" software to be included in all audio devices, to track the volume level and duration of a user's exposure to sound and to evaluate the risk posed to their hearing.

This system could alert a user if they have dangerous listening habits. WHO is also calling for parental as well as automatic volume controls on audio devices to prevent dangerous use. While some smartphones and other audio devices already offer some of these features, the UN would like to see a uniform standard used to help protect against disabling hearing loss.

"Think of it like driving on a highway, but without a speedometer in your car or a speed limit," Shelly Chadha of the WHO told reporters in Geneva. "What we've proposed is that your smartphones come fitted with a speedometer, with a measurement system, which tells you how much sound you're getting and tells you if you are going over the limit.”