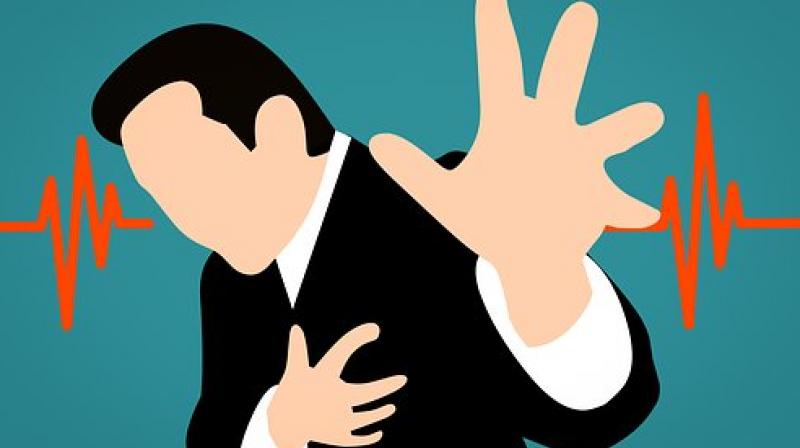 The risk of death from cardiovascular disease was 34 percent higher with febuxostat than with an older drug, allopurinol. (Photo: Pixabay)

Gout sufferers with major pre-existing heart disease face a higher risk of death if they are treated with the drug febuxostat, a large long-term study has concluded

“The results are entirely unexpected and we don’t have a mechanistic explanation for them,” chief author Dr. William White of the University of Connecticut School of Medicine told Reuters Health in an email.

The new study, known as CARES, was presented Monday at an annual meeting of the American College of Cardiology in Orlando. The study also found that the rates of major cardiovascular events, such as a non-fatal heart attack, stroke, rhythm problems and hospitalization for heart failure, were comparable for the two drugs.

The full study has been published online by the New England Journal of Medicine.

Gout, a form of arthritis known for causing intense pain in the big toe and other joints, plagues more than 8 million Americans.

White said the vast majority - 92.5 percent - are treated with allopurinol, while 7.5 percent take febuxostat, which is roughly 45 times more expensive, according to prices on goodrx.com.

“It is probable that physicians will be concerned about the results of this study and that could affect their prescribing habits in patients with cardiovascular disease and gout,” said White, who is professor of medicine at UConn’s Calhoun Cardiology Center in Farmington.

Takeda Pharmaceuticals, which sells febuxostat under the brand name Uloric, paid for the test, which was mandated by the U.S. Food and Drug Administration when the drug was approved in 2009. At the time, there was evidence suggesting that the drug was causing non-fatal cardiovascular problems.

Allopurinol has been around since 1966. It can sometimes cause kidney problems, particularly among African-Americans.

People with gout already face an elevated risk of cardiovascular and chronic kidney disease. The 6,190 volunteers enrolled in the study all had evidence of major cardiovascular disease, including a history of heart attack, stroke, or hospitalization for unstable angina or a transient ischemic attack. Half of them remained in the study for at least 32 months.

Most patients didn’t stay on either drug - 57.3 percent stopped taking febuxostat and 55.9 percent discontinued their allopurinol.

The rate of gout flares was 0.68 per patient per year with febuxostat and 0.63 with allopurinol.

White said another study, called the FAST trial,“is evaluating febuxostat versus allopurinol in gout patients without this high level of cardiovascular disease . . . This study will define cardiovascular safety of these drugs in lower risk patients.”