Preventative steps to avoid or reduce belly fat include a heart healthy diet such as plant based with limited carbs and sweets. 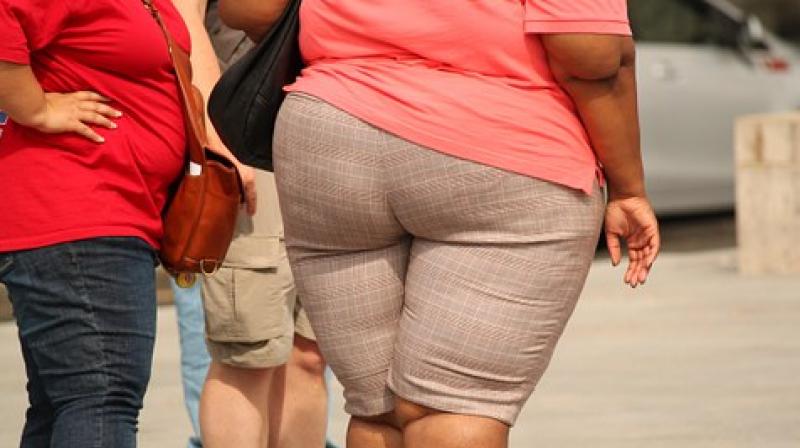 The increased risk was even higher for people who had an unusually large waist circumference or a high waist-to-hip ratio. (Photo: Pixabay)

While obesity is associated with an increased risk for heart attacks, a new study suggests that hip and waist size may play a bigger role, particularly for women.

Researchers examined data on 479,610 adults in England, Scotland and Wales. At the start, participants ranged in age from 40 to 69, with an average age of 56. They were typically overweight but they didn’t have a history of heart disease.

After an average follow-up of seven years, 5,710 people had heart attacks.

Heart attacks were more common in people who were obese, with the risk increasing along with increases in body mass index (BMI), a ratio of height to weight.

But the increased risk was even higher for people who had an unusually large waist circumference or a high waist-to-hip ratio, meaning their hips aren’t much wider than their waist – and the effect was particularly strong in women.

“We found that women with bigger waists and waist-to-hip ratios face a greater excess risk of experiencing a heart attack than men who have a similar ‘apple’ shape,” said lead study author Sanne Peters of the George Institute for Global Health and the University of Oxford in the U.K.

“Our findings show that looking at how fat tissue is distributed in the body - especially in women - can give us more insight into the risk of heart attack than general measures of obesity such as BMI,” Peters said by email.

Globally, 1.9 billion adults are overweight or obese, according to the World Health Organization. Obesity increases the risk of heart disease, diabetes, joint disorders and certain cancers.

A maximum healthy waist-to-hip ratio is 0.9 for men and 0.85 for women, according to the WHO. A ratio of 1 or higher, which means the waist is bigger than the hips, can increase the risk of heart disease and health problems linked to obesity. (A free calculator is available online here: bit.ly/2HqECOw.)

This may be explained in part by the type of fat that accumulates around the midsection, said Dr. Leslie Cho, director of the Women’s Cardiovascular Center at the Cleveland Clinic in Ohio. The dangerous kind is visceral fat, which is often what accumulates when people have an“apple” shape and a large waist circumference relative to their hips.

“Visceral fat is more active and can increase inflammation which causes diabetes, and coronary artery disease,” Cho, who wasn’t involved in the study, said by email.

The study wasn’t a controlled experiment designed to prove whether or how weight or the distribution of fat on the body might cause a heart attack. Another limitation is that the participants were predominantly white, and the results might be different for people from other racial or ethnic groups, researchers note in the Journal of the American Heart Association.

Even so, the results suggest that both men and women who carry excess weight around their midsection should take steps to change that, to help lower their heart attack risk, said Dr. Laxmi Mehta, head of women’s cardiovascular health at the Ohio State University Wexner Medical Center in Columbus.

“Preventative steps to avoid or reduce belly fat include a heart healthy diet such as plant based with limited carbs and sweets, and moderate aerobic exercise of at least 30 minutes most days of the week,” Mehta, who wasn’t involved in the study, said by email.

“Regardless of gender we should all be worried,” Mehta added. “However, now women should pay more attention to this when they are getting and not just accept the belly fat as a sign of slowing metabolism with age.”