Life   Health  13 Apr 2018  Why Mediterranean-style diet is good for your liver
Life, Health

Why Mediterranean-style diet is good for your liver 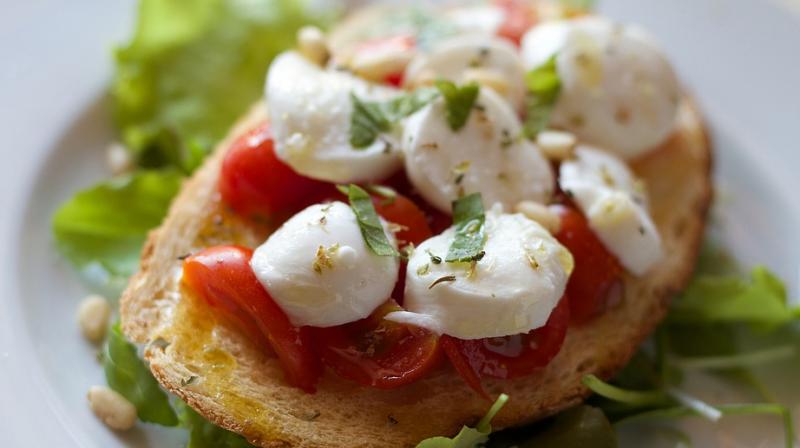 Washington: A Mediterranean style diet - known to be good for the heart - could also be beneficial for patients with liver cirrhosis as it is said to improve gut microbial diversity.

Diet rich in vegetables and fermented milk products such as yoghurt, along with coffee, tea and chocolate, is associated with a lower risk of hospitalisation in liver cirrhosis patients, according to a study.

Liver cirrhosis is a major, growing, and largely preventable cause of death worldwide, accounting for more than one million deaths globally per year. The risk of death from liver cirrhosis differs markedly between countries, driven primarily by alcohol consumption, the type and quality of alcohol consumed, and the presence of viral hepatitis B and C infections.

Gut microbiota have been implicated in the pathogenesis and progression of cirrhosis, and a progressive decrease in microbial diversity is observed in healthy individuals, individuals with compensated cirrhosis, and those with decompensated disease. "Diet is a major determinant of gut microbial composition, but there is very little information currently linking diet, microbial diversity and clinical outcomes in patients with cirrhosis", said Dr Jasmohan Bajaj, lead author of the study.

The study presented by Dr Bajaj recruited three groups of individuals in the USA (n=157) and Turkey (n=139): healthy controls, outpatients with compensated cirrhosis, and outpatients with decompensated cirrhosis. All individuals underwent dietary and stool microbiota analysis and those with liver cirrhosis were followed for at least 90 days to capture data on non-elective hospitalisations.

Stool sample analysis revealed that the entire Turkish cohort had a significantly greater diversity in their gut microbiota than the US cohort and that there was no difference in diversity between healthy controls and those with liver cirrhosis in Turkey. In contrast, in the US cohort, diversity was highest in the control group and lowest amongst those with decompensated cirrhosis.

Coffee, tea, vegetables, chocolate, and fermented milk intake predicted a higher diversity, while the Model for End-stage Liver Disease (MELD) score, lactulose use and carbonated drink consumption predicted a lower microbial diversity. There was a significantly higher number of all-cause and liver-related hospitalisations during the 90-day follow-up in the US cohort compared with the Turkish cohort (p=0.016 for all-cause; p=0.02 for liver-related).

"This study demonstrates that patients with cirrhosis have gut microbiota profiles that are highly responsive to dietary factors, and it is the first study to confirm a link between diet, microbial diversity and clinical outcomes in liver cirrhosis", said Dr Bajaj. "This is an important study stressing that an antioxidant-rich Mediterranean diet has a protective effect not only in the early phases of chronic liver disease, but also in its more advanced phases", said Prof. Annalisa Berzigotti.

The study was presented at The International Liver Congress 2018 in Paris, France.