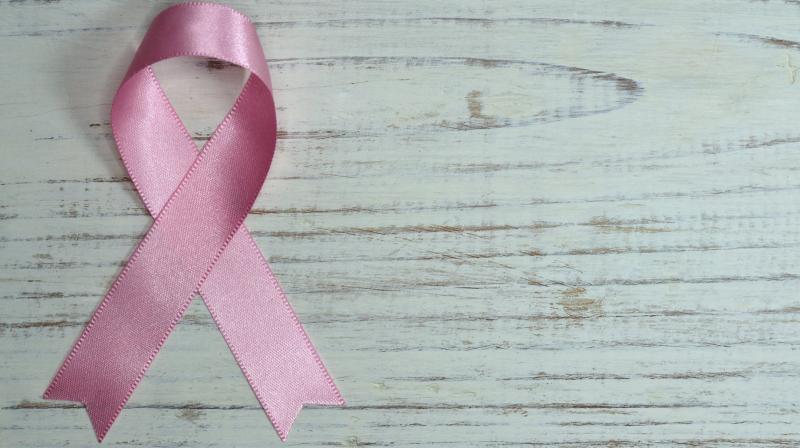 The combined agents acted synergistically not only to block cancer cell division but also to induce senescence. (Photo: Representational/Pixabay)

According to the study, if the drugs used to treat breast and lung cancer are combined they overcome resistance to treatment and induce senescence - a state in which cells are thought to stop growing and dividing but without undergoing cell death, thus, yielding better results in cancer treatment.

The findings published in the journal 'Oncogene' highlighted that breast cancer drug palbociclib when combined with the lung cancer drug crizotinib, yielded better results and the combination of the two was more effective against cancer cells in the laboratory than their solo use.

Scientists also discovered that resistance to palbociclib is often driven by a protein which is targeted by crizotinib, thus, providing the rationale for using these two drugs together.

Palbociclib is one of a group of drugs which blocks the function of two proteins - CDK4 and CDK6 - known to promote tumour cell division and cancer progression.

However, cancers can become resistant to palbociclib by activating a related molecule called CDK2, which is able to drive cell division in the absence of CDK4/6.

Based on this discovery, the researchers found that pairing CDK4/6 inhibitors such as palbociclib together with crizotinib, which blocks MET activity, created a combination treatment that was much more effective than either drug on its own against cancer cells grown in the lab or human tumours growing in mice. The combined agents acted synergistically not only to block cancer cell division but also to induce senescence.

The researchers achieved promising results in cancer cells derived from different organs in the body - from breast and lung to bowel - indicating that there is potential to expand clinical use of palbociclib and other CDK4/6 inhibitors beyond breast cancer to benefit a wider range of patients.

Study co-leader Professor Paul Workman, Chief Executive of The Institute of Cancer Research, London, said: "Cancer's ability to adapt, evolve and become drug resistant is the biggest challenge we face in creating more effective treatments for the disease. In this study, we sought to understand exactly how resistance occurs to an important family of breast cancer drugs, so that we can stay one step ahead of the cancer."

Workman added, "We have shown the potential of combining two precision medicines for breast and lung cancer together to create a two-pronged attack that strips cancer cells of their resistance."

Study co-lead Professor Sibylle Mittnacht, Professor of Molecular Cancer Biology at UCL Cancer Institute, said: While co-leader Sibylle Mittnacht added, "In addition, use of a current breast cancer medicine together with these other medicines could be a new, promising route for the treatment of lung and several other cancers."