Here is why women have less sex as they get older

Not only menopause, but several psychological factors can also affect a women’s libido. 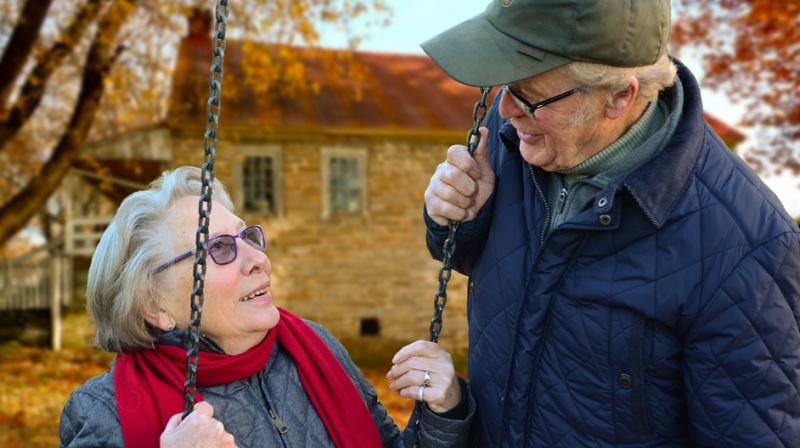 Overwhelming familial responsibilities are said to be another reason that women have not had sexual gratification. (Photo: Representational/Pixabay)

As women get older, they tend to have a less active sexual life. Even the remaining vestige of the sex life tends to get boring and less pleasurable as well.

Studies have shown that physiological changes that accompany old age and menopause ate to be blamed, but there seem to be other reasons too. A study published in the journal Endocrinology & Metabolism Clinics of North America concluded that "sexual dysfunction increases with age and is highly prevalent among menopausal women."

The same study also reported that initially, 42 per cent of women transitioning into menopause reported symptoms of sexual dysfunction, but eight years later, the number has risen to an alarming 88 per cent.

Doctors have attributed this to vaginal dryness and change in oestrogen levels. There are several other reasons why this can happen. Sex life can also decline due to psychological stressors and other psychosocial factors that are out of their hands, reported Healthline.

Physical health not the only key factor for sex

The research conducted by a University in UK showed that while 65.3 per cent of the respondents have a romantic partner, only 22.5 per cent said they were sexually active. And this trend has been on the decline. More and more women are having sex less frequently as time passes.

Another reason that women’s sex life was on the decline was due to the lack of a partner. Many older women are widows have not had romantic partners since. "I have been a widow for 17 years. My husband was my childhood sweetheart, there will never be anyone else," one participant said.

Overwhelming familial responsibilities are said to be another reason that women have not had sexual gratification. "There is no sexual activity in my life at present because I do not have a partner and I feel my role in life at present is to bring up my 12-year-old son, relationships come second," one woman responded.

Other factors that contributed to a woman’s declining sex life were:

Yet another issue reported by the participants of the study was the logistics of organising sex, and the way that aging affected their self-image and self-confidence. Only "a small minority (3 per cent) reported optimistic and positive sexual experiences," the researchers noted. "1 in 8 women from the study experienced sexual problems, but only 2 per cent referred to [hormone therapy]," the authors noted.

"Sexual health challenges are common in women as they age, and partner factors play a prominent role in women's sexual activity and satisfaction, including the lack of a partner, sexual dysfunction of a partner, poor physical health of a partner, and relationship issues," noted Dr Stephanie Faubion, the medical director of the North American Menopause Society.

The study’s authors pointed out that the new findings will have implications of clinical practice, as healthcare practitioners need to have a comprehensive knowledge about the entire spectrum of disorders which affect their sexual function and satisfaction.

The researchers concluded by suggesting that medical practitioners should openly discuss these issues with their older female patients and keep them informed about the available solutions. "Open communication about sexuality, including desires, needs, and dysfunctions, is important and will reduce the threshold for women to discuss sexual function. Additional sexual education for [healthcare practitioners] is required to facilitate this process."