How HIV spreads through the body decoded

Simulations allowed them to tweak the model until they arrived at the most likely configurations for the molecular process. 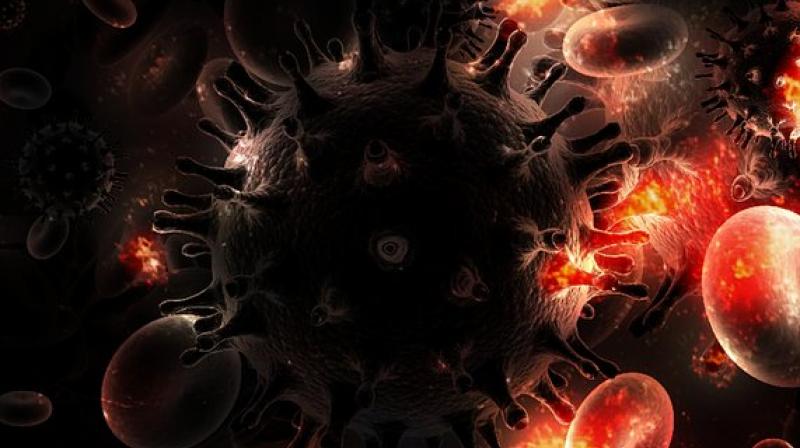 Simulations allowed them to tweak the model until they arrived at the most likely configurations for the molecular process. (Photo: Pixabay)

Scientists have found how HIV propagates itself through the body paving the way for new drugs to combat the infection.

A key part of HIV's success is a trick to propagate itself inside the body, researchers said.

Once HIV has infected a cell, it forces the cell to make a little capsule out of its own membrane, filled with the virus, according to the study published in the journal Proceedings of the National Academy of Sciences.

The capsule pinches off - a process called "buddin" - and floats away to infect more cells. Once inside another unsuspecting cell, the capsule coating falls apart, and the HIV RNA gets to work.

Scientists knew that budding involves an HIV protein complex called Gag protein, but the details of the molecular process were murky.

"For a while now we have had an idea of what the final assembled structure looks like, but all the details in between remained largely unknown," said Gregory Voth, from the University of Chicago in the US.

Since it has been difficult to get a good molecular - level snapshot of the protein complex with imaging techniques, Voth and his team built a computer model to simulate Gag in action.

Simulations allowed them to tweak the model until they arrived at the most likely configurations for the molecular process.

They built a model of missing parts of the Gag protein complex, and tweaked it until they could see how the proteins assemble by taking advantage of cellular infrastructure in preparation for the budding process.

"It really demonstrates the power of modern computing for simulating viruses," said Voth.