Studies reveal that two strains of one bacterium combine to cause necrotising fasciitis. 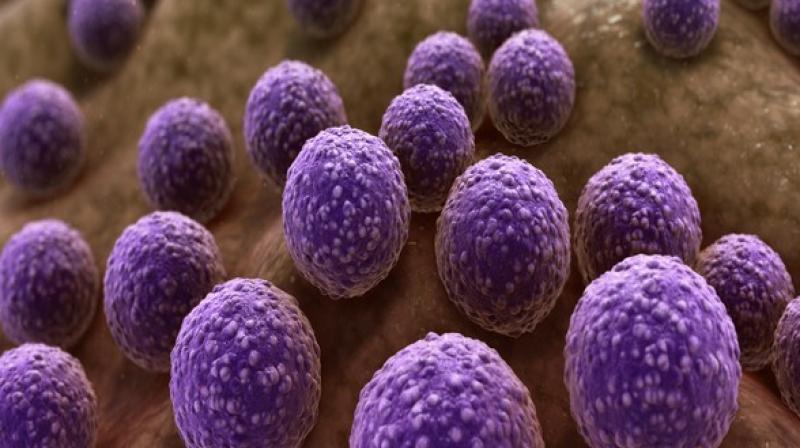 The results of the study were published in the Journal Proceedings of the National Academy of Sciences, 2019. (Photo: ANI)

Washington: A new study used genetic analysis to reveal how two different strains of a single species of flesh-eating bacteria worked in concert to become more dangerous than either one strain alone. The work suggests that other difficult-to-treat infections may be polymicrobial and treating only one organism in a polymicrobial infection could be the cause of many secondary infections and chronic infections that resist treatment. The results of the study were published in the Journal Proceedings of the National Academy of Sciences, 2019.

In recent years, scientists have found that serious infections that progress rapidly and resist treatment are often caused by multiple microbes interacting with one another. Very little is known about these so-called polymicrobial infections, but traditional diagnostic methods often misidentify them as monomicrobial, or single-microbe, infections.

"This research provides clear evidence that a very severe infection considered to be caused by a single species of a naturally occurring bacterium actually had two strains," said Rita Colwell, a Distinguished University Professor in the University of Maryland Institute for Advanced Computer Studies and a co-author of the study.

"One of the strains produces a toxin that breaks down muscle tissue and allows the other strain to migrate into the blood system and infect the organs." The original infection -cultured from a patient who developed the severe flesh-eating disease known as necrotising fasciitis- was diagnosed as a monomicrobial disease. Traditional diagnostics could only determine that the infection was caused by a single species of bacteria called Aeromonas hydrophila.

But the disease baffled clinicians when it rapidly turned deadly, requiring a quadruple amputation to save the patient's life. Through genetic analysis of the culture, Colwell and her team discovered important differences among the individual bacterial cultures that could not be detected through standard diagnostic methods.

The ability to identify the agents involved in polymicrobial infections, whether they are different species or variant strains of a single species, can significantly improve treatment outcomes for infected patients.

"When we treat with a given antibiotic, we're clearing an organism out of the body," Colwell said. "But if there's another organism that's participating in the infection and that's also pathogenic, then any antibiotic treatment that doesn't also target that organism may just be clearing ground for it to grow like crazy."