Patients with non-small-cell lung cancer survived for 13.8 months on average on the drug called atezolizumab 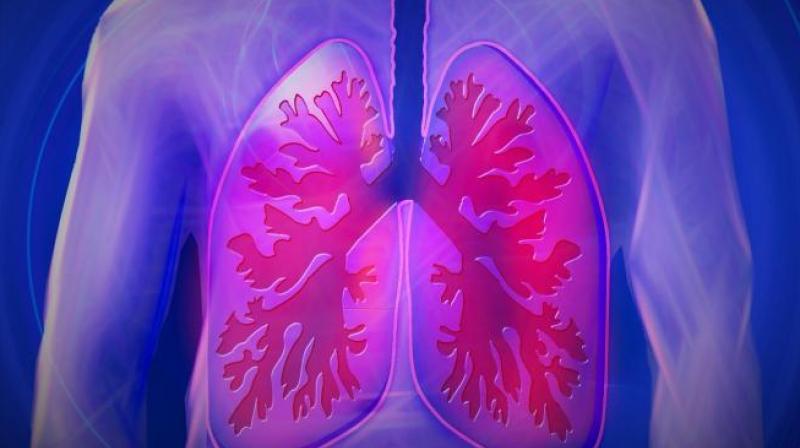 Paris: Most lung cancer patients survived four months longer on an immunotherapy drug than those treated with chemotherapy, according to trial results published on Monday. Importantly, they also experienced fewer side-effects, researchers reported in The Lancet medical journal.

Patients with non-small-cell lung cancer -- which represents by far the majority -- survived for 13.8 months on average on the drug called atezolizumab, compared to 9.6 months for those on chemotherapy, the study authors said.

And the difference was likely even bigger, as several participants on chemotherapy were given immunotherapy after the trial ended, possibly boosting their survival.

"Atezolizumab reinvigorates patients' immune systems against cancer," the study's lead author Achim Rittmeyer of the University of Goettingen in Germany, said in a statement. "Our trial has shown that this has significant results for their survival."

Lung cancer is the most common cancer, affecting some 1.8 million people in the world every year, said Rittmeyer. It is also the leading cause of cancer death in the world.

According to the American Cancer Society, 80-85 percent of lung cancers are non-small-cell types. The trial recruited 850 patients without any remaining treatment options, and compared how long they survived -- half on atezolizumab and the rest on chemotherapy, the standard treatment.

Unlike viruses or bacteria, cancer cells are not intruders but our own cells gone haywire, which explains why they circulate undisturbed by the immune system.

Still in its infancy, immunotherapy -- including atezolizumab -- is being tested on many cancer types. In October, America's Food and Drug Administration fast-tracked atezolizumab for the treatment of patients with non-small-cell lung cancer.

"The time in which chemotherapy will no more be the mainstay of treatment of metastatic non-small-cell lung cancer is perhaps not so far away," Elisabeth Quoix of France's Strasbourg University Hospital wrote in a comment on the study, also carried by The Lancet.