Life   Health  14 Jan 2018  Study suggests consumption of junk food may be as bad as a fatal disease
Life, Health

Role of junk food in the hardening of arteries was also explained by findings of the study. 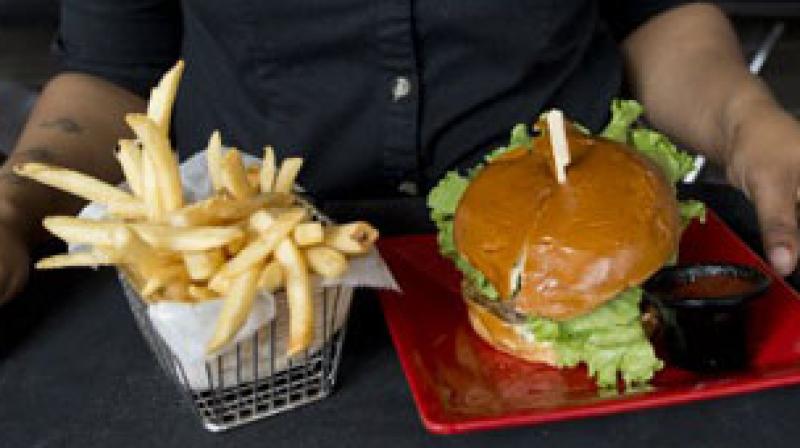 What people eat is crucial for their overall well being since it has a major impact on the functioning of the body. But even as a lot of people realise the importance of a healthy diet, consumption of junk food continues to be the reason behind an unhealthy lifestyle across the globe.

While obesity and several other issues are associated with junk food, a new study claims that it can be much more damaging. The research stated that eating seemingly harmless burgers and fries can be as bad as catching a life-threatening disease.

The risk of major illnesses increases due to aggressive immune cells caused by consuming junk food. This harm caused by junk food lasts long even after turning to a healthy diet of fruits and vegetables.

Role of junk food in the hardening of arteries was also explained by findings of the study, as deposits mainly consist of lipids and immune cells. Fast food is also responsible for diabetes, heart diseases and colon cancer as it contains fat, sugar and sodium in large amounts.

Fast food has substances that release inflammatory messengers causing immune cells to migrate to blood vessel walls that have been altered. They get too large and burst leading to clots that increase risk of a heart attack.