Researchers found that PFASs -- also known as "obesogens" -- were linked to a slower resting metabolic rate. 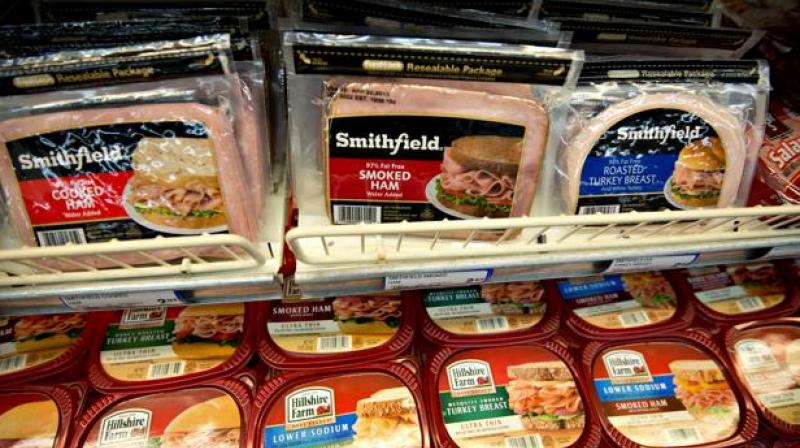 The chemicals can accumulate in drinking water, persist for a long time in the body, and are difficult to avoid (Photo: AFP)

"Now, for the first time, our findings have revealed a novel pathway through which PFASs might interfere with human body weight regulation and thus contribute to the obesity epidemic," said senior author Qi Sun, assistant professor in the Department of Nutrition at Harvard University T.H. Chan School of Public Health.

Researchers found that PFASs -- also known as "obesogens" because they interfere with body weight regulation -- were linked to a slower resting metabolic rate.

People with higher levels of PFASs in their blood also had more sluggish metabolisms after weight loss. The study tracked data from 621 overweight and obese participants in a clinical trial on weight loss conducted in the mid-2000s.

The study looked at the effects of four heart-healthy diets on weight loss over a period of two years.
Participants also had levels of PFASs in their blood measured.

On average, those in the program lost 14 pounds (6.4 kilograms) in the first six months, but regained six lbs (2.7 kg) over the course of the following year and a half.

"Those who gained the most weight back also had the highest blood concentrations of PFASs, and the link was strongest among women," said the report in the journal PLOS Medicine.

Researchers also discovered that those with higher blood concentrations of PFASs "were significantly associated with lower resting metabolic rates."

PFASs have been have been around for 60 years, and have contaminated drinking water near some industrial sites, military bases, and wastewater treatment plants.

The chemicals can accumulate in drinking water, persist for a long time in the body, and are difficult to avoid.

"We typically think about PFASs in terms of rare health problems like cancer, but it appears they are also playing a role in obesity, a major health problem facing millions around the globe," said study co-author Philippe Grandjean, adjunct professor of environmental health at Harvard Chan School.

"The findings suggest that avoiding or reducing PFAS exposure may help people maintain a stable body weight after they successfully lose some weight, especially for women."