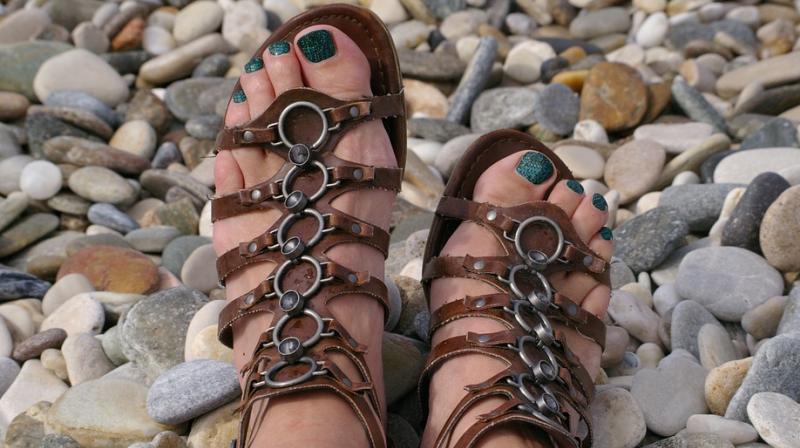 A new study conducted by researchers at Harvard University have found barefoot' fitness sandals to be dangerous. It can cause damage muscles, joints and bones, the Daily Mail reported.

The sandals are inspired by the Mexican Tarahumara tribe that use it to run.

Participants of the study involved indigenous Tarahumara farmers and urban Americans who use the ones available commercially, the Daily Mail reported. The team found even people from the tribe suffer from using the footwear.

The shoe caused force magnitudes and vertical impulses to be a lot higher than barefoot walking in all the participants. It was also found to double the level of stress on the body.

The popular shoes reportedly cost close to $300. People perceive the sandals will help protect from damage, according to the lead author, Harvard biologist Dr Ian Wallace. However, it may have "consequences for musculoskeletal health" and increase the risk of pulls, strains and back pain, the Daily Mail reported.

"Our results indicate that, in general, people tread more lightly when walking barefoot than in minimal footwear," Dr Wallace told the Daily Mail.

Adding, "Further research is needed to test if the variations in impact peaks generated by walking barefoot or in minimal shoes have consequences for musculoskeletal health."