Consuming aspirin can cause internal bleeding in stroke patients 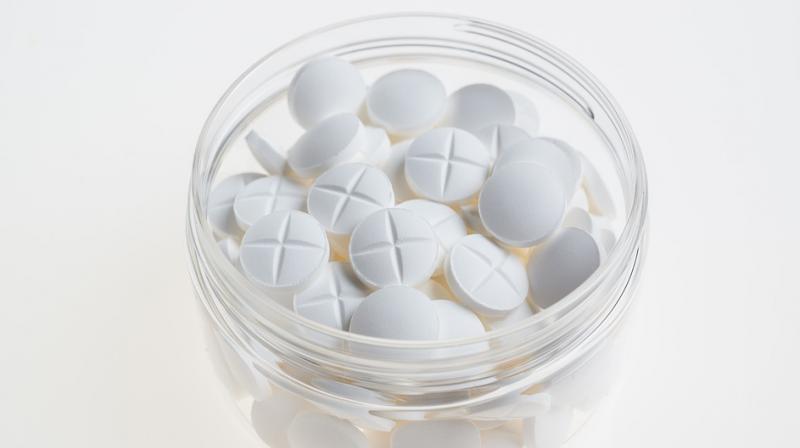 The formation of blood clots leads to the risk of gastrointestinal bleeding which may cause harm. (Photo: Pixabay)

Heartburn medication would allow people 75 years and older to keep the preventative benefits of aspirin while avoiding its dangerous side-effects, they reported in the medical journal The Lancet. Even among people with no history of heart problems or stroke, the risk of gastrointestinal bleeding goes up with age for aspirin users, other research has shown. Roughly half of all adults 75 and over in the US and Europe take small daily doses of aspirin -- ranging from 75 to 150 milligrams -- or other clot-inhibiting drugs.

A normal dose for a headache is 325 to 600 mg. Lifelong treatment with such medications is especially recommended for patients who have suffered a heart attack or stroke.But the clinical tests underlying these recommendations involved mostly patients younger than 75 who had taken aspirin for only a couple years. As a result, how much the risk of bleeding might rise with age was largely unknown.

To find out more, Peter Rothwell from the University of Oxford led a team of researchers in examining medical records for more than 3,000 patients who had had a stroke or heart attack, and taken daily aspirin or its equivalent for many years. Half the patients were 75 or older at the start of the period covered by the study.

Over the following decade, 314 patients were admitted to hospital for bleeding.The risk of that happening increased sharply with age: for patients under 65, the annual rate of hospital admissions due to bleeding was 1.5 percent; for patients 75 to 84, the rate rose to 3.5 percent; and for those over 85 it was five percent.The chances that bleeding was disabling or fatal, while lower, increased in roughly the same proportions across the different age groups.

"We have known for some time that aspirin increases the risk of bleeding in elderly patients," Rothwell said in a statement. "But our study gives us a much clearer understanding of the size of the increased risk and the severity of the consequences."The researchers suggest that taking proton pump inhibitors (PPI) -- a kind of heartburn medication -- could reduce bleeding in the upper gastrointestinal tract by up to 90 percent.

"There is some evidence that long-term PPI use might have some small risks," Rothwell noted. But "the new data should provide reassurance that the benefits of PPI use at older age outweigh the risks."Treatment programmes should be reviewed every three to five years in very elderly patients who take aspirin and PPIs together, the authors said.

Several experts not involved in the study praised its methodology and endorsed its conclusions."It is clear from the data presented that -- in the over-75s -- taking PPI along with aspirin was associated with a reduced likelihood of bleeding," said Tony Fox, a professor in the Pharmaceutical Medicine Group at King's College London.