Weinstein’s rehab move is being looked upon as a swift move by the disgraced movie mogul to save face just days after the scandal erupted. 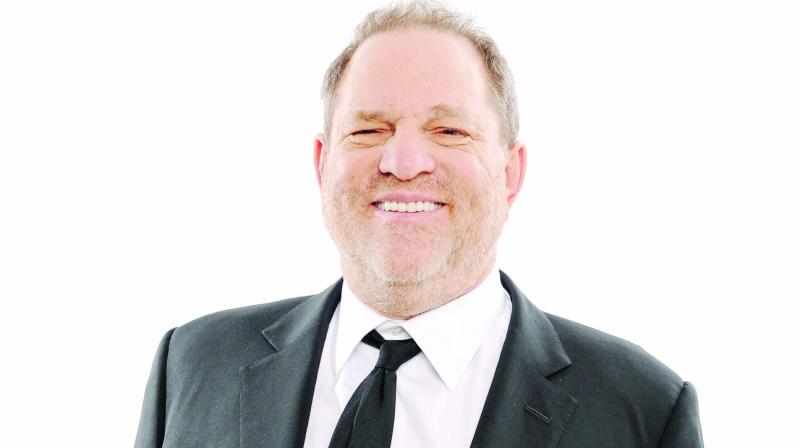 Weisntein was checked into rehab in Arizona on Friday as dozens of women accuse him of rape, sexual assault or inappropriate behaviour.

Weisntein was checked into rehab in Arizona on Friday as dozens of women accuse him of rape, sexual assault or inappropriate behavior.

Actors Angelina Jolie, Gwyneth Paltrow, Rose McGowan, and Cara Delevingne are only a few of Hollywood biggies who have come out to speak against Weinstein.

Rose McGowan’s twitter account was briefly suspended for having spoken out against alleged sexual abuse at the hands of the movie mogul.

Weinstein’s rehab move is being looked upon as a swift move by the disgraced movie mogul to save face just days after the scandal erupted.

His brother, Bob Weinstein, said in a statement: 'My brother Harvey is obviously a very sick man. I've urged him to seek immediate professional help because he is in dire need of it. His remorse and apologies to the victims of his abuse are hollow.'

However, sex therapists and mental health professionals beg to differ.

According to them, there is no such thing as sex addiction, and is not recognized as an official disorder.

Hypersexual disorder or sex addiction  was first defined in a study by UCLA in 2012.

They said someone is classified an 'addict' if these fantasies are so rampant that they affect their personal lives and professional lives - and that this damage is not triggered by anything else like drugs, alcohol or another mental disorder.

The study created a precedent for other research teams to use as a blueprint for assessing and diagnosing sex addiction.

However, the American Association of Sexuality Educators, Counselors and Therapists (AASECT) insists the 'diagnosis' is nonsense.

According to registered sex therapist Dr Tom Murray, who spoke to The Daily Mail. the AASECT finds no support for the classification of sex addiction.