US study sheds light on how Zika causes nerve disorder 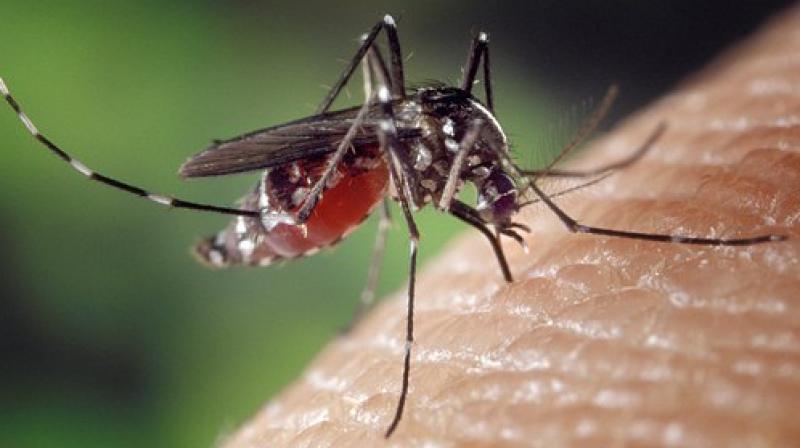 A new study sheds light on how the mosquito-borne Zika virus causes a rare neurological condition, and the findings could have implications for companies working on Zika vaccines, US researchers said on Wednesday.

The Zika outbreak that swept through the Americas in 2015 and 2016 showed the virus could, in rare cases, cause Guillain-Barre, an autoimmune disorder in which the body attacks itself in the aftermath of an infection.

Since the Zika virus attacks nerve cells, scientists were not sure whether the Guillain-Barre cases they had seen in Zika patients were caused by an autoimmune response to the Zika infection or a direct attack by the virus on nerve cells.

To study the nerve disorder, Dr. Tyler Sharp of the US Centers for Disease Control and Prevention’s Dengue Branch in San Juan and colleagues in Puerto Rico examined the rare case of a 78-year-old man from San Juan who had been infected with Zika in 2016, developed Guillain-Barre and subsequently died.

An autopsy showed inflammation and erosion of the protective sheath known as myelin in two nerves, but no evidence of the Zika virus in nerve cells.

“In this case, it looks like it was antibodies that led to destruction of that myelin sheath,” said Sharp, whose study was published in Emerging Infectious Diseases, the CDC’s public health journal.

Although it was just a single case, Sharp said it suggested the mechanism that causes Guillain-Barre after a Zika infection was the same as in other cases of the nerve disorder.

Sharp said the study raised a caution flag, however, for companies testing experimental Zika vaccines. Although Guillain-Barre typically occurs in the aftermath of an infection, it has been known to occur in response to a vaccine.

“Vaccine manufacturers do need to be thinking about Guillain-Barre as a potential outcome of vaccination against Zika,” he said.

Several companies are developing Zika vaccines, including Takeda Pharmaceutical Co, which said earlier this month it had begun an early stage safety trial. Results are expected next year.

Dr. Rajeev Venkayya, president of Takeda’s Global Vaccine Business Unit, had not seen the study, but said in a telephone interview that the company “would be looking for any safety issues, including Guillain-Barre syndrome,” in its clinical trials.