Higher yogurt intake in women was associated with a 16 per cent lower risk of undergoing revascularisation. 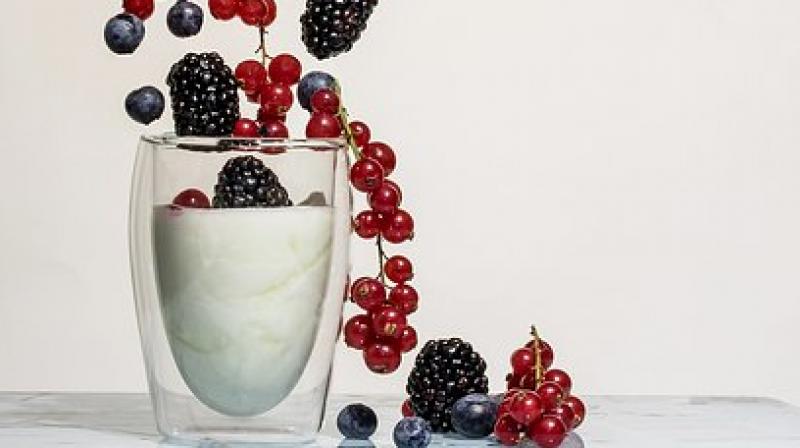 Consuming more than two servings of yogurt per week may lower the risk of developing heart disease or stroke, a study claims.

Yogurt may independently be related to cardiovascular disease risk, according to the study published in the American Journal of Hypertension.

"We hypothesised that long-term yogurt intake might reduce the risk of cardiovascular problems since some previous small studies had shown beneficial effects of fermented dairy products," said Justin Buendia from Boston University School of Medicine in the US.

"Our results provide important new evidence that yogurt may benefit heart health alone or as a consistent part of a diet rich in fibre-rich fruits, vegetables, and whole grains," said Buendia.

The research included over 55,000 women (aged 30-55) with high blood pressure from the Nurses Health Study and 18,000 men (aged 40-75) who participated in the Health Professionals Follow-Up Study.

There were 3,300 and 2,148 total cardiovascular disease cases (myocardial infarction, stroke, and revascularisation) in the Nurses Health Study and the Health Professionals Follow-Up Study, respectively.

Higher yogurt intake in women was associated with a 16 per cent lower risk of undergoing revascularisation, according to researchers.

In both groups, participants consuming more than two servings a week of yogurt had an approximately 20 per cent lower risks of major coronary heart disease or stroke during the follow-up period, researchers said.

When revascularisation was added to the total cardiovascular disease outcome variable, the risk estimates were reduced for both men and women, but remained significant, they said.

Higher yogurt intake in combination with an overall heart-healthy diet was associated with greater reductions in cardiovascular disease risk among hypertensive men and women.