The embryos were transferred into the womb of a surrogate mother, who gave birth to the twins - a boy and a girl - on Monday. 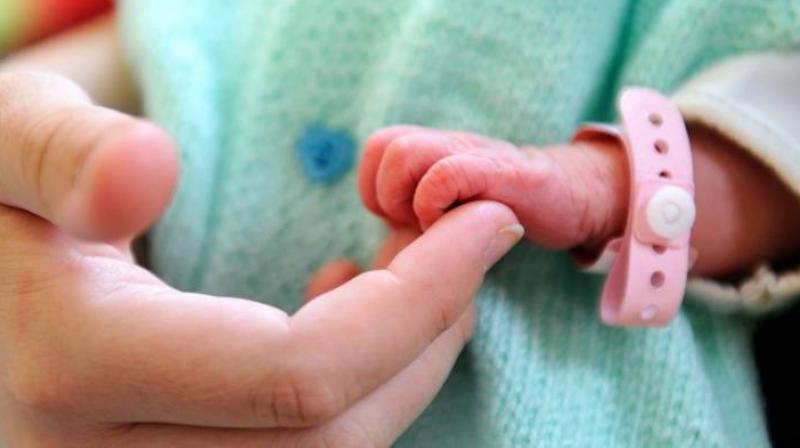 After his death, the mother, having a desire to get back her son, contacted the semen bank in Germany where Prathamesh Patil's semen was cryo-preserved (Photo: AFP)

Pune: A Pune-based woman's world came to an unexpected standstill when her son succumbed to cancer two years ago in Germany. But her joy knows no bounds now.

She became a grandmother to twins born via surrogacy methods using her son's cryo-preserved semen.

Doctors at Pune's Sahyadri Hospital performed the in-vitro fertilisation (IVF) procedure and fused Prathamesh Patil's semen, extracted and preserved long before his death in Germany, with the eggs of a donor to form embryos.

The embryos were then transferred into the womb of a surrogate mother, who gave birth to the twins - a boy and a girl - on Monday.

Prathamesh Patil's mother Rajashree Patil said in 2010 her son had gone to Germany to pursue a master's degree when he was diagnosed with a brain tumour.

"The news was a shock to our family. Health experts in Germany suggested that Prathamesh start chemotherapy and radiation procedures. They also asked him to preserve his semen to avoid any negative effects on his body post-treatment," she said.

However, he suffered convulsions and also lost his vision, said Rajashree Patil, who teaches at a school in Pune.

"After getting to know about his condition, which was a stage-four cancer, as informed by medical officers there, my first effort was to bring Prathamesh back to India from Germany," she said.

The family brought the ailing Prathamesh to India in 2013 and took him to a hospital in Mumbai, where he was operated upon following which his health showed signs of improvement.

"However, in between, he suffered another convulsion and was detected with a recurring tumour. He succumbed to a malignant tumour in September 2016," the mother said.

After his death, the mother, having a desire to get back her son, contacted the semen bank in Germany where Prathamesh Patil's semen was cryo-preserved.

After completing the formalities, the semen was brought to India.

The mother then approached Sahyadri Hospital for an IVF procedure with the help of his son's semen.

Supriya Puranik, the head of IVF, gynaecology and obstetrics department at the hospital, said she is happy that advancement in science and technology is bringing smile on people's face.

"In hospitals, we often see a lot of emotional moments and happiness whenever a woman delivers a baby and we become a part of their joy," she said.

"But in this case, it was about a grief-stricken mother whose son was away for studies when he faced health issues and later died," said Supriya.

"We appreciate the kind of spirit she has shown in this entire process and we congratulate her for having her son back in the form of these healthy twin babies," she added.