Couples committed to health tend to enhance each other’s motivation and adherence to diet and exercise-related behaviours. 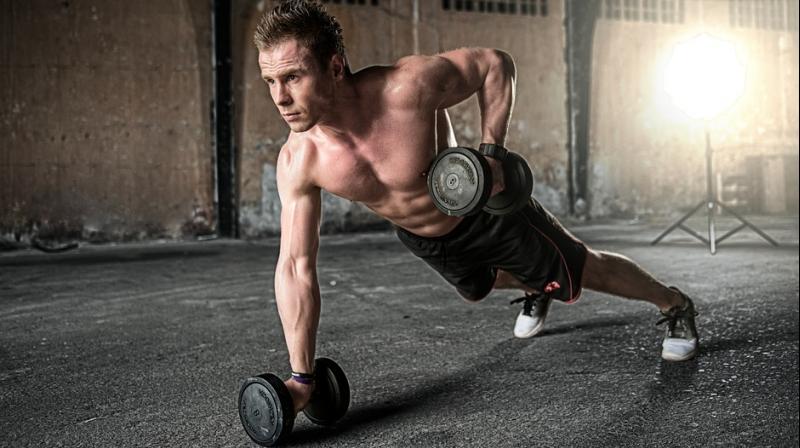 The new findings suggest, however, that just because one partner isn’t actively receiving weight loss guidance doesn’t necessarily mean he or she won’t reap the same rewards as the health-seeking significant other. (Photo: Pixabay)

When one-half of a couple embraces good health, there’s a higher likelihood that the other half will, too, a recent study suggests.

“The concept is called the ripple effect and it means that weight loss interventions delivered to one spouse have unintended, but positive benefits on the other spouse,” said study coauthor Amy Gorin, Associate Professor in Psychological Sciences at the University of Connecticut in Storrs. “That is, spouses that are not actively involved in (a diet) treatment also tend to lose weight.”

Gorin and colleagues note in the journal Obesity that weight within couples tends to be proportionally equivalent between partners at the outset.

Couples committed to health tend to enhance each other’s motivation and adherence to diet and exercise-related behaviors. But the opposite is also true. If one partner becomes obese during the course of the relationship, there is a good chance the other will too, the authors note.

The new findings suggest, however, that just because one partner isn’t actively receiving weight loss guidance doesn’t necessarily mean he or she won’t reap the same rewards as the health-seeking significant other.

Gorin’s team studied 128 co-habiting hetero and homosexual couples over a six-month period. Most couples were married. Everyone in the study was overweight or obese.

Half of the couples were assigned to have one partner participate in the Weight Watchers diet program. That partner received 6 months of free access to in-person meetings and online tools including self-monitoring of food intake, activity and weight. A Weight Watchers support staff member was also available 24/7 if needed.

In each of the remaining couples, one partner received a weight loss handout with basic information on healthy eating, physical activity and weight management strategies.

Access to either program went to the person most interested in weight loss, while the other partner, irrespective of group, received nothing at all.

Three months into the study, “treated” partners in the Weight Watchers group had lost more weight than treated partners in the self-guided group. By six months that difference had disappeared.

Researchers were more interested, however, in how “untreated” partners fared. And in fact, the untreated partners lost weight, too, no matter which group they were assigned to.

What’s more, by 6 months, 32 percent of non-dieting spouses in both groups had lost at least 3 percent of their initial body weight, coauthor Gary Foster told Reuters in an email. Foster is Chief Scientific Officer at Weight Watchers International, which funded the study.

Three percent was the researchers’ minimum for “successful” weight loss, based on obesity management guidelines.

“What is most interesting to me about the study is that . . . they found the interventions were equally effective,” said Megan Lewis, Director of Patient and Family Engagement Research Program Center for Communication Science RTI International, who was not involved in the study.

“The fact that the study found a minimally intensive, self-guided intervention was as effective as the Weight Watchers intervention suggests that the benefits of weight loss can spread within couples, and (individuals) may not need expensive or structured programs for this benefit to occur,” she told Reuters Health by email.

The researchers observed that weight-loss trajectories between the “treated” and untreated partners were highly correlated. For example, if one couple member showed a higher likelihood of losing weight, so did the other member. The reverse was also true.

The bottom line is that weight loss efforts spread and have effects beyond the individual.

“There’s power in community when it comes to healthy behavior change,” Foster said.

Still, more work needs to be done to fully understand this ripple effect.

“We need more research to understand how to harness the power of behavior change within households,” Gorin said. “Spouses clearly influence each others’ weight-related choices. But how can we leverage this within interventions to produce greater and more sustained changes?”