Understanding and improving your sleep pattern can benefit your health and increase your work performance. 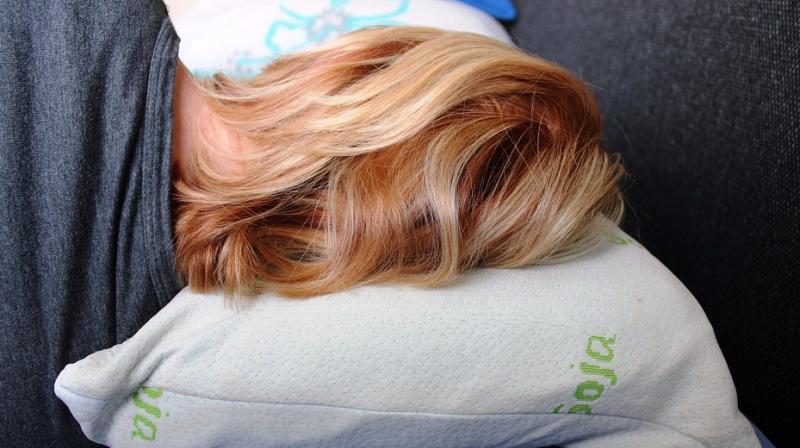 A disease such as obstructive sleep apnea (OSA) should be looked for in individuals who have poor sleep quality, snore and/or exhibit excessive daytime sleepiness. (Photo: Representational/Pixabay)

Mumbai: On International sleep day we detail out the sleep mechanism and how it plays a critical role in the overall well-being of an individual.

Sleep plays a restorative function in the body. In children, sleep is when growth hormone release peaks, and is therefore critical for growth. Sleep is when depleted neurotransmitters are replenished, rejuvenation of cells occurs, and memories are consolidated. A lot of our learning during the day is consolidated during sleep, and thus, it plays a vital role in our mental, as well as physical well-being.

Hormones such as melatonin and cortisol have a biological clock, and cells such as stem cells proliferate better in the environment of sleep, suggesting a physiological role in rejuvenation. Diseases such as acne tend to worsen with sleep deprivation, further suggesting a role of sleep in skin health.

The process of rejuvenation

While the exact mechanisms of such rejuvenation are still being researched, there is evidence to suggest that at a biochemical level, sleep is when repair occurs.

This involves clearing of inactive metabolites/by-products of metabolism, regeneration of depleted molecules such as hormones and neurotransmitters, reducing stress levels in the body by lowering of blood pressure and heart rate, and relaxation of muscles, allowing them to restore their energy stores.

Less sleep can be detrimental

Animals deprived of sleep for prolonged periods develop immune dysregulation, and eventually succumb to the same. Sleep deprivation has been associated with lessened attention span, decreased reaction times and an impaired ability to learn.

From a physical perspective, sleep deprivation has been linked to cardiovascular disease, obesity (through a dysregulation of metabolic hormones), impaired glucose tolerance, and in various animal models, immune dysregulation. Individuals who are sleep deprived are more likely to be involved in accidents, both at the workplace (e.g. Air India plane crash in Mangalore), and on the road.

What to be considered along with sleep

Sleep hygiene is an important component of sleep health, and is as important as the quantum of sleep (see attached). A disease such as obstructive sleep apnea (OSA) should be looked for in individuals who have poor sleep quality, snore and/or exhibit excessive daytime sleepiness.

The prevalence of the disease has been estimated to be as high as 5-10 percent of the population, and this is going to increase with the worsening obesity epidemic.

Here are some tips for better sleep hygiene

Sleep as long as necessary to feel rested (usually 7-8 hours for adults) and then get out of bed.

Try not to force sleep

Avoid smoking or other nicotine intake, particularly during the evening

Adjust the bedroom environment as needed to decrease stimuli (eg. Reduce ambient light; turn off the television or radio)

Resolve concerns or worries before bedtime

Avoid daytime naps, especially if they are longer than 20 to 30 minutes or occur late in the day.

*Disclaimer: This article has been contributed by Dr. Lancelot Mark Pinto, Consultant Sleep Specialist and Respiralogist, P.D. Hinduja Hospital and MRC. The opinions expressed within this article are the personal opinions of the author. The facts and opinions appearing in the article do not reflect the views of Deccan Chronicle, and Deccan Chronicle does not assume any responsibility or liability for the same.