Irritability usually shows up in children as frustration and anger. 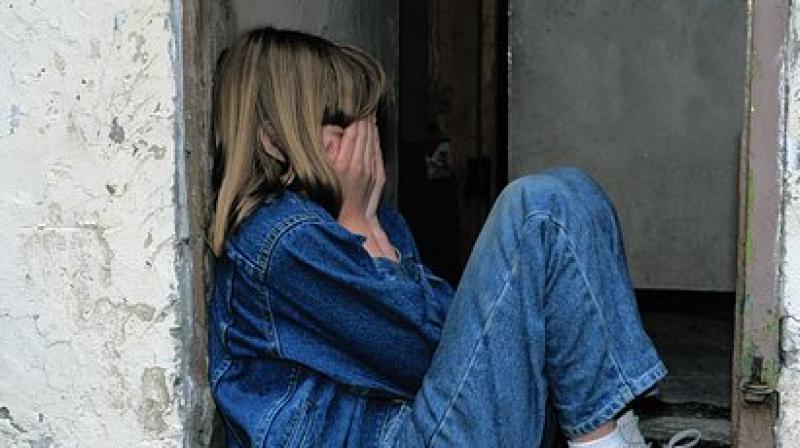 Most children who have irritability, depression or anxiety don’t have suicidal thoughts. (Photo: Pixabay)

Most children experience mood swings from time to time, but kids with chronic irritability and serious depression or anxiety are at increased risk for suicidal thoughts and suicide attempts in adolescence, suggests a large Canadian study.

Based on records for 1,430 children followed for up to 17 years, researchers found that those who were particularly irritable and depressed or anxious between ages 6 and 12 were twice as likely as peers to think about suicide or make a suicide attempt between ages 13 and 17.

For girls in particular, the combination of high irritability and depression or anxiety in childhood was tied to a three-fold higher risk of suicidal thoughts or attempts in the teen years, the study found.

Even though boys are more likely than girls to exhibit significant irritability, depression and/or anxiety during childhood, said lead author Massimiliano Orri, a clinical psychologist in the McGill Group for Suicide Studies at McGill University in Montreal, “the risk for suicidality associated with these symptoms may be more important for girls.”

To examine whether irritability in addition to anxiety or depression might have an effect on suicidal thoughts and attempts, the researchers enrolled 674 boys and 754 girls, aged 6 to 12 years, born in Quebec, who were being followed by the Quebec Longitudinal Study of Child Development.

The study team relied on information about the kids’ irritability, depression and anxiety from teacher assessments between ages 6 and 12 years, and on self-reported suicide thoughts and attempts at 13, 15 and 17 years of age.

The new analysis, published in JAMA Psychiatry, found that 14 out of 41 girls, or roughly one in three with high irritability and high depressive or anxious moods during childhood, experienced suicidal ideation or attempted suicide during adolescence. Among boys with the same childhood symptom profile, only 11 out of 111, or roughly one in 10, had the same outcome in their teen years.

Orri cautioned, however, that most children who have irritability, depression or anxiety don’t have suicidal thoughts.

Irritability usually shows up in children as frustration and anger, said Lisa Horowitz, a pediatric psychologist and staff scientist at the National Institute of Mental Health in Bethesda, MD.

“I always tell parents that kids are supposed to sparkle. They’re supposed to be excited and full of wonder and interest and curiosity. When they’re not and they don’t have that sparkle, that’s when we worry,” said Horowitz who was not involved in the study.

“If your child is exhibiting angry and irritable behavior most of the time and stops being social and is not interested in learning or having fun, or loses their pleasure seeking behavior, that’s the time to intervene with a professional,” she said in a telephone interview.

Suicide is the third leading cause of death for US youth between the ages of 10 and 24 years, according to the Centers for Disease Control and Prevention.

“I think this study is really promising and essentially helps clinicians justify treating irritable and depressed kids,” said Julie Cerel, a psychologist at the University of Kentucky College of Social Work in Lexington and president of the American Association of Suicidology who wasn’t involved in the study.

“There will really be a payoff because with early identification you can do good treatment in early childhood and you can potentially change these kids trajectories and keep them alive,” Cerel said in a telephone interview.

Among the study’s limitations is its reliance on teacher assessments of children’s mood, the authors note, because “internalizing” disorders like depression may be more difficult to spot and could have been underestimated. The study doesn’t prove whether or how irritability may contribute to suicide risk in kids and teens. More research is needed to explore what the mechanism might be, the study team notes.

Based on the new research, Horowitz said, “we should stretch beyond thinking that depression is the only thing associated with suicide risk.”