Life   Health  15 May 2018  US kids' exposure to second-hand pot smoke may be rising
Life, Health

US kids' exposure to second-hand pot smoke may be rising

Cannabis legalization has increased the accessibility of cannabis for adults and removed many penalties for use. 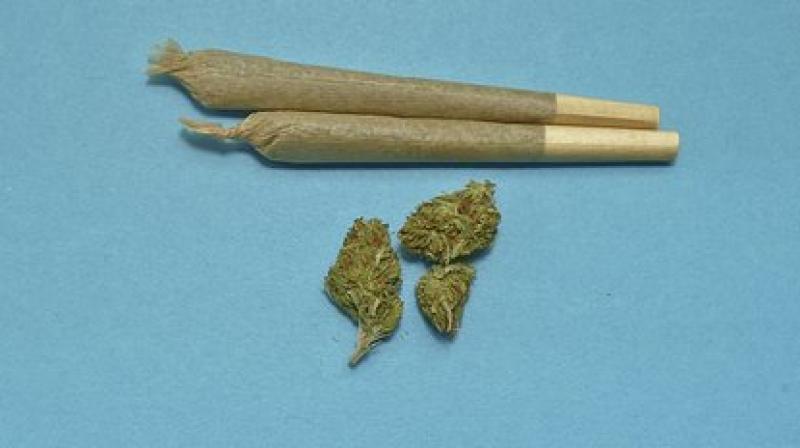 Proportion of parents with children at home who used cannabis at least once in the past month rose from 4.9% to 6.8%. (Photo: Pixabay)

A growing number of American parents are using marijuana when they still have children living at home, according to a new study that suggests cannabis may be complicating efforts to limit kids’ exposure to second-hand smoke.

Researchers examined data collected from 169,259 US adults from 2002 to 2015. During that time, the proportion of parents with children at home who said they used cannabis at least once in the past month rose from 4.9 percent to 6.8 percent.

Over that same period, the proportion of parents with kids at home who smoked cigarettes declined from 27.6 percent to 20.2 percent, the study also found.

“While cigarette smoking continues to decline among parents with children living at home, use of cannabis is increasing among parents and this may as a result lead to an increase in children’s exposure to secondhand cannabis smoke,” said lead study author Renee Goodwin of the Graduate School of Public Health and Health Policy at the City University of New York.

With some forms of marijuana now legal in about 30 US states, concern is mounting in the medical community that many people may falsely assume the drug is harmless and fail to recognize the potential harms to children who breathe second-hand smoke.

“Exposure to secondhand smoke is associated with an increased risk of asthma and many other health risks for children,” Goodwin said. “There have been tremendous public health campaigns aimed at decreasing cigarette use overall and at reducing children’s exposure to secondhand smoke from cigarettes, but no clinical or public health effort has been made to educate or inform the public about risks of secondhand cannabis smoke.”

Cannabis use was almost four times more common among parents who also smoked cigarettes than among non-smokers, the current study found.

Among smokers, the proportion of parents who reported using cannabis in the past month increased from 11 percent to 17.4 percent during the study period, researchers report in Pediatrics.

For non-smokers, the proportion of parents who used cannabis in the past month also rose, from 2.4 percent to 4 percent.

Daily cannabis use also climbed during the study period, and was more common among cigarette smokers.

At the same time, the proportion of parents who said they avoided both cigarettes and cannabis also increased.

The study wasn’t a controlled experiment designed to prove whether or how cigarette smoking might influence cannabis use. Another drawback is that researchers relied on parents to accurately recall and report any tobacco or cannabis use.

Even so, the findings underscore how legalization of cannabis in many US states may reflect and reinforce more permissive attitudes about marijuana use, said Ashley Brooks-Russell, author of an accompanying editorial and a researcher at the Colorado School of Public Health at the University of Colorado Anschutz Medical Campus.

“Cannabis legalization has increased the accessibility of cannabis for adults and removed many penalties for use,” Brooks-Russell said by email. “It is possible these laws also convey a sense the product is safe, or at least safer than it once was perceived.”

When parents with young kids at home do choose to use cannabis, they should take precautions to do it when children aren’t around, Brooks-Russell advised.

“If parents use cannabis, not only are they potentially modeling that behavior but they are likely making cannabis products more accessible in the home which could lead to either unintentional ingestion (e.g., poisonings) among younger children, or intentional experimentation and use among older children,” Brooks-Russell said.