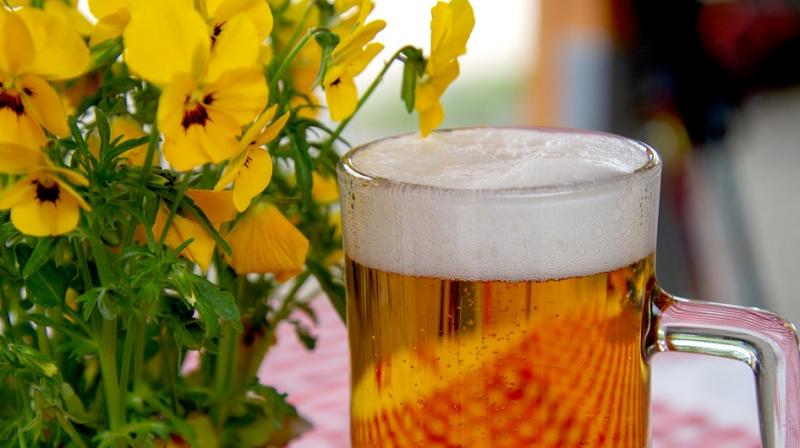 The monks recognise the system, which will launch at the end of this month, will not eliminate profiteers, but at least make it harder to buy in bulk. (Photo: Representational/Pixabay)

Westvleteren: Belgian Trappist monks who brew one of the world’s most coveted beers are turning to online sales to ensure their limited supply goes directly to beer lovers rather than to profiteers.

The Saint-Sixtus abbey, home to 19 monks, has been brewing since 1839 and selling to the public since 1878, but with limited production and controlled sales to ensure brewing never takes over monastic life or earns more than needed.

After World War Two they opted to sell at the abbey gates only, instead of through local cafes. With the rise of craft beer and websites hailing their Westvleteren XII as one of the best beers in the world, the monks started a telephone reservation system in 2005.

Customers were allowed to order two crates for collection at the abbey but were limited to no more than one purchase in 60 days. Buyers found ways to circumvent the rules, however, using different phone numbers in order to buy more than allowed, and in some cases selling it on at inflated prices.

“Instead of car jams we got jammed telephones as well as the spread of the grey market, people selling on our beer sometimes at vast profit margins,” said abbot Manu Van Hecke.

Including a deposit, a crate of 24 beers costs 2.50 euros ($2.82) per bottle. The monks ask buyers not to sell to third parties, but in Brussels, Westvleteren XII can cost at least 12 euros. The monks say they heard of a single bottle on sale for $300 in Dubai.

Brother Godfried said the final straw came last year when a Dutch supermarket stockpiled 7,200 bottles of the abbey’s beer and sold them, in a campaign showing monks, at 9.95 euros each.

“It really opened our eyes. It was a sort of wake-up call that the problem was so serious, that a company was able to buy such volumes. It really disturbed us,” said Godfried, one of the few monks who also drinks the beer.  The abbey is now turning to an online reservation system, designed to better enforce the limit of two crates per 60 days.

Buyers will have to register and priority will be given to those who have waited longest since their last purchase.  For the first time they will also be able to pick and mix from the abbey’s three Westvleteren beers - a 5.8% blond, an 8% ale, and its most famous 10.2% dark ale.

The monks recognise the system, which will launch at the end of this month, will not eliminate profiteers, but at least make it harder to buy in bulk.

They also hope the new system will make it easier for foreign beer lovers to order, although they will still have to come to the abbey to collect their beer.