Even low dose of x-rays may harm heart, says study 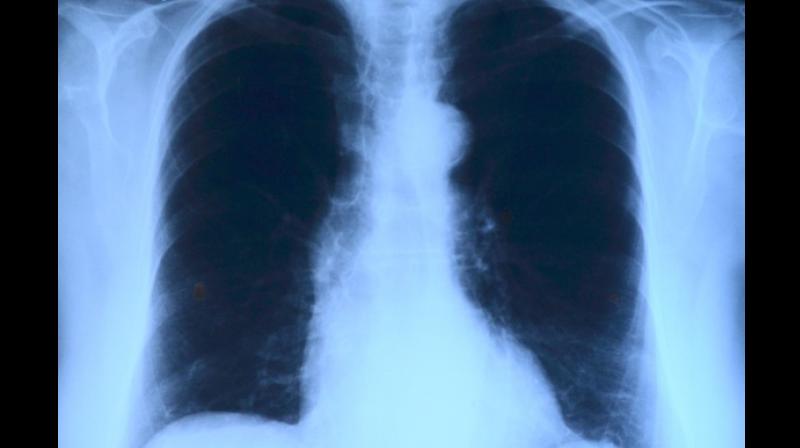 Berlin: Exposure to even low doses of ionising radiation, such as X-rays, may increase the risk of cardiovascular diseases, a study warns.

It is known that populations exposed to ionising radiation in medical or environmental settings have symptoms suggesting an increased risk of cardiovascular disease.

However, the study suggests that low exposure to doses of around 0.5 gray (Gy) - the equivalent of repeated CT scans - is associated with a significantly increased risk of cardiovascular damage, up to decades after exposure.

This raises questions about the nature of long-term alterations in the heart's vascular system caused by such doses.

Soile Tapio and Omid Azimzadeh of Helmholtz Zentrum Munchen in Germany and colleagues studied how human coronary artery endothelial cells respond to a relatively low radiation dose of 0.5 Gy and found several permanent alterations in the cells that had the potential to adversely affect their essential functions.

Endothelial cells, which form the inner layer of blood vessels, were found to produce reduced amounts of nitric oxide, an essential molecule in several physiological processes including vascular contraction.

Previously, high-dose radiation (16 Gy) has been shown to persistently reduce levels of nitric oxide in the serum of mice, but this is the first study to indicate impaired nitric oxide signalling at much lower doses.

Cells damaged by low-dose radiation also produced increased amounts of reactive oxygen species (ROS), which are formed as a natural byproduct of normal oxygen metabolism and play an important role in cell signalling. Increased ROS can damage DNA and proteins.

In addition, exposed cardiac endothelial cells were found to have reduced capacity to degrade oxidised proteins and to be ageing prematurely.

Such harmful changes did not occur immediately (that is, within a day) but first began in the longer term (one to two weeks).

As these cells do not divide rapidly in the body, this observed time in the cell culture would correspond to several years in the living organism, researchers said.

All these molecular changes are indicative of long-term premature dysfunction and suggest a mechanistic explanation to the epidemiological data showing increased risk of cardiovascular disease after low-dose radiation exposure, they said.