Drinking a little may lead to longer life, says study

According to researchers light to moderate drinkers are more than 20 percent less likely to die early of any cause. 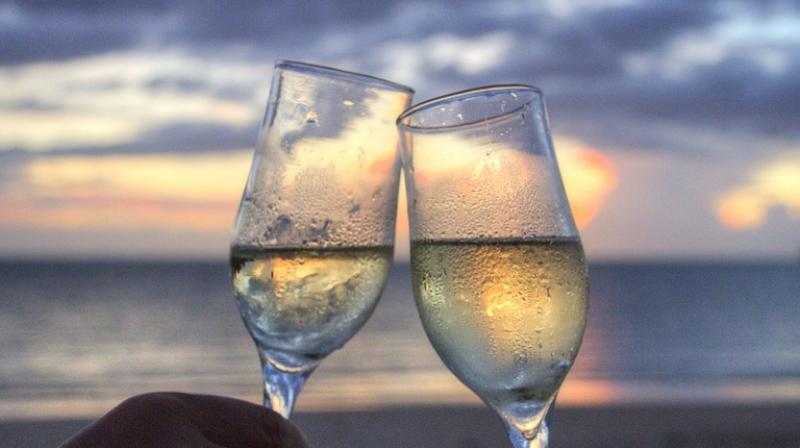 Heavy drinkers and binge drinkers, however, were at least 10 percent more likely to die from any cause (Photo: Pixabay)

Having a little wine or beer to unwind most days may help lower the odds of a premature death as long as that drink or two doesn’t routinely turn into more, a new study confirms.

Researchers examined health survey data on more than 333,000 U.S. adults, following them for an average of about eight years to see how their drinking habits influenced their survival odds.

Compared with people who never had a drop of alcohol, light to moderate drinkers were more than 20 percent less likely to die early of any cause, or of heart disease in particular, the study found.

Heavy drinkers and binge drinkers, however, were at least 10 percent more likely to die from any cause during the study, and they hdad at least 20 percent higher odds of an early death from cancer in particular.

“If alcohol is consumed, it should be consumed in moderation,” said lead study author Dr. Bo Xi of the School of Public Health at Shandong University in China.

Heavy drinking has long been linked to a variety of medical problems including liver disease, heart disease and certain cancers. But previous research has offered an inconclusive picture of the survival odds associated with light or moderate drinking.

The current analysis attempts to tackle two issues that have contributed to inconsistent results in much of the earlier research: `abstainer bias’ and `sick quitter bias.’

Many other studies compared moderate drinkers to people who currently didn’t drink, making it impossible to separate people who stopped drinking due to addiction or other health reasons from people who were lifelong abstainers.

To exclude `sick quitters,’ the current study left out people who died in the first two years of follow-up. To avoid `abstainer bias,' researchers created separate categories for adults who never drank at all and for ex-drinkers.

During the study period, 34,754 people died, including 8,947 fatalities from cardiovascular diseases and 8,427 from cancer, researchers report in the Journal of the American College of Cardiology.

Male heavy drinkers had a 25 percent increased risk of death during the study and 67 percent higher odds of deaths from cancer than men who never drank. These differences weren’t statistically meaningful for women, however.

The study wasn’t a controlled experiment designed to prove whether or how heavy drinking might hasten death or light to moderate alcohol consumption might help people live longer. Researchers also relied on survey participants to accurately recall and report how much they drank.

Scientists aren’t sure why light or moderate drinking might have a protective effect, said Dr. Eugene Yang of the University of Washington School of Medicine.

“It may improve the health of your blood vessels by reducing inflammation and your ability to form blood clots, increase levels of good cholesterol, and promote antioxidant pathways,” Yang, who wasn’t involved in the study, said by email.

Even if it doesn’t explain why drinking a little might lead to a longer life, the study does confirm that the risk of death tied to alcohol use increases sharply when people regularly drink more than they should, Dr. Giovanni de Gaetano, author of an accompanying editorial and a researcher at Istituto Neurologico Mediterraneo Neuromed in Pozzilli, Italy, said by email.

“The clear message is to avoid excessive drinking, either on a regular basis or even on any one day, to reduce risk,” Dr. Gregory Marcus, a researcher at the University of California, San Francisco, who wasn’t involved in the study, said by email. “Those prone to alcoholism or addiction are also likely best served with alcohol abstinence.