Getting too little sleep may 'age' the heart

Heart age is defined as the predicted age of a person’s vascular system based on their cardiovascular risk profile. 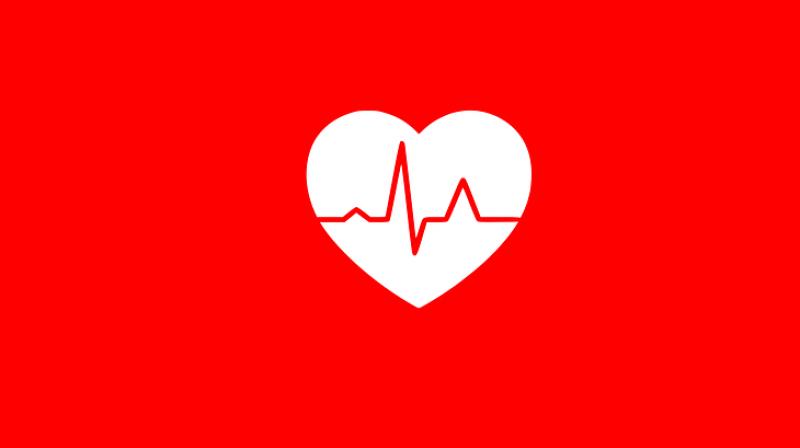 Adults who sleep too little or too much may have an increased risk of heart attack or stroke, say researchers who argue that the best way to think of the harmful effect is in terms of “excess heart age.”

“Studies have shown significant relationships between sleep duration and heart disease risk factors such as high blood pressure, smoking, high blood cholesterol, diabetes, and obesity,” said Yang, a senior scientist with the Epidemiology and Surveillance Branch, Division for Heart Disease and Stroke Prevention of the U.S. Centers for Disease Control and Prevention in Atlanta.

Heart age is defined as the predicted age of a person’s vascular system based on their cardiovascular risk profile and was introduced by the Framingham Heart Study in 2008, Yang noted.

“The difference between a person’s estimated heart age and his or her chronological age is ‘excess heart age.’ Higher excess heart age indicates a higher risk of developing heart disease,” he said.

For example, if a 40-year-old man has a heart age of 44 years based on his cardiovascular risk profile - the personal risk of having a heart disease - then his excess heart age is 4 years.

“In effect, his heart is 4 years older than it should be, for a typical man his age. The concept of heart age helps to simplify risk communication.”

The CDC’s goal with this study was to find a way to effectively communicate the impact of insufficient sleep on heart health, Yang noted. “Excess heart age (EHA) represents a simplified way to express a person’s risk for having a heart disease.”

Yang and colleagues analyzed data from the National Health and Nutrition Examination Surveys in 2007 - 2014 on 12,755 participants between the ages of 30 and 74 years with no history of heart disease or stroke.

The researchers calculated the participants’ excess heart age by factoring in age, sex, blood pressure, whether they were being treated for hypertension, smoking history, diabetes and cholesterol to come up with an overall cardiovascular risk profile. Then they translated that risk profile into excess heart age years, according to the report in the journal Sleep Health.

“Using excess heart age associated with sleep duration might simplify communication of heart disease risk,” Yang said. This could motivate more people, especially younger people, among whom the risk for cardiovascular disease is increasing, to be aware of the importance of sleeping the recommended seven hours per night.

“Previously, studies have demonstrated that sleep duration in adults is associated with cardiovascular risk factors, cardiovascular events, and all-cause mortality,” said Dr. Gregg Fonarow, a cardiologist with the Devid Geffen School of Medicine at the University of California, Los Angeles, who was not involved in the study.

“Sleep duration that is either too short or too long is associated with greater risk, with most studies suggesting that the lowest risk occurs with 7 hours per day of sleep duration,” he said in an email.