Make-up, skincare have chemicals that could make women infertile, cause breast cancer

The chemicals included in these include parabens and BPA, which are considered 'gender benders' due to them encouraging male breast growth. 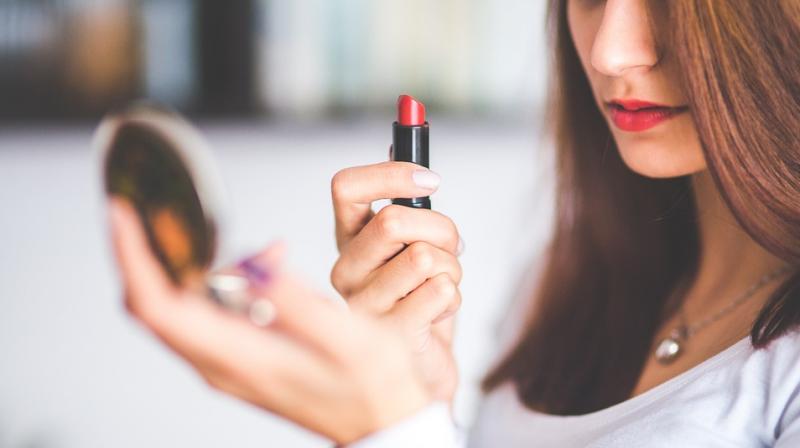 After analysing more than a 100 women, US scientists found those who have these chemicals in their urine produce abnormal amounts of the reproductive hormones oestrogen and progesterone. (Photo: Pixabay)

A new study has now found that make-up and skincare products contain a cocktail of chemicals that could leave women infertile and even cause breast cancer.

The chemicals included in these include parabens and BPA, which are considered 'gender benders' due to them encouraging male breast growth.

After analysing more than a 100 women, US scientists found those who have these chemicals in their urine produce abnormal amounts of the reproductive hormones oestrogen and progesterone.

According to experts, excessive oestrogen has been linked to fibroids and polycystic ovary syndrome, while too little prevents eggs maturing and being released from the ovary.

On the other hand, too much progesterone is associated with both breast cancer and unusual vaginal bleeding.

Furthermore, studies have already proven that parabens, which are used as preservatives in cosmetics and skincare mimic oestrogen and may cause cancer. Bisphenol A (BPA) which is added to perfumes that make scents last longer and has been linked to infertility.

The research, carried out at George Mason University, Virginia, analysed the urine samples of 143 healthy women, all of which were pre-menopausal and not taking birth control.

Speaking about the results, lead author Dr Anna Pollack said that the study is the first to examine mixtures of chemicals that are widely used in personal care products in relation to hormones in healthy, reproductive-age women, using multiple measures of exposure across the menstrual cycle, which improved upon research that relied on one or two measures of chemicals.

Women provided between three and five urine samples over two menstrual cycles. These were assessed for the chemicals BPA, parabens, chlorophenols and  benzophenones.

Chlorophenols are used as preservatives in cosmetics and have been linked to acne, liver injury and cancer.

Benzophenones are added to products like lip balm and nail varnish to protect them against UV light. They also prevent products like soap losing their colour and scent. Studies have linked benzophenones to cancer and infertility.

Blood samples were taken from all of the participants to determine their levels of the following hormones - oestrogen, progesterone, FSH and LH.

Results, published in the journal Environment International, suggest exposure to all of the studied chemicals increases a woman's progesterone levels.

Those with higher levels of chlorophenols in their urine also produce more oestrogen and FSH, while parabens and BPA increase oestrogen.

While too much ostroegen is linked to the condition oestrogen dominance, which can lead to non-cancerous growths in the uterus and PCOS, Chlorophenols are associated with reduced ostrogen, FSH and LH production. Low FSH levels suggests a woman is not producing eggs, while reduced LH can be a sign of PCOS.