More US teenagers affected by depression 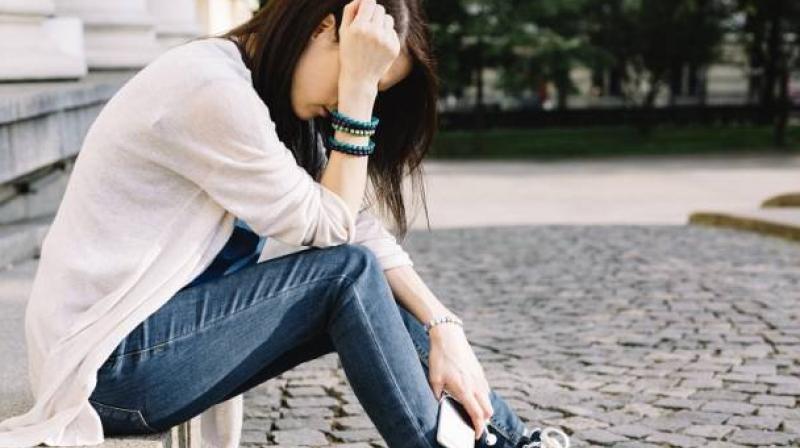 Teens have much more depression than is currently being recognized or treated (Photo: AFP)

Washington: The number of U.S. adolescents and young adults with untreated depression may be on the rise, a recent study suggests.

But there hasn’t been much change in the proportion of teens and young adults seeking mental health treatment, the study also found.

“We already know that teens have much more depression than is currently being recognized or treated,” said Dr. Anne Glowinski, a child psychiatry researcher at Washington University in St. Louis who wrote an editorial accompanying the study.

“What this study adds is that rates of youth depression have significantly increased in the last decade and that the proportion of recognized/treated young people appears unchanged despite efforts to encourage pediatricians to focus on suicide prevention which includes more recognition and treatment of youth depression,” Glowinski added by email.

Each year, about 1 in 11 teens and young adults suffers at least one episode of major depression, researchers report in Pediatrics.

To examine trends over time in the prevalence of depression and mental health treatment, researchers examined nationally representative survey data from more than 172,000 teens and almost 179,000 young adults.

They also assessed whether the participants received treatments such as counseling or prescription medication.

Compared to teens who didn’t report a major depressive episode, those who did were more likely to be older, not in school, unemployed, in households with single parents or no parents, and have substance abuse issues.

Among young adults, those with depression were more likely to be female, black and have a substance abuse issue. One limitation of the study is that researchers relied on young people to accurately recall and report any symptoms of depression or treatments for the condition, the authors note. The study didn’t include medical records and researchers couldn’t verify whether clinicians diagnosed depression in individual participants who reported symptoms or said they received treatment.

Even so, the findings suggest a growing number of teens and young adults have depression and don’t receive treatment, the authors conclude.

This suggests there’s room for parents, pediatricians and school and college counseling services to step up efforts to identify and help youth with mental health problems, the authors argue.

“Many children do not tell their parents about their depressive symptoms, they may not even recognize them as such,” said lead study author Dr. Ramin Mojtabai, a public health researcher at Johns Hopkins University in Baltimore.

“Parents should be alert to changes in academic or social functioning of their children and to other manifestations of depression such as social withdrawal, long periods of sadness, frequent crying spells, anger outbursts and irritability, suicidal ideations or gestures, significant changes in appetite and weight, and significant changes in energy level,” Mojtabai added by email.