We often may overlook the impact of just witnessing violence or living in communities with higher violence. 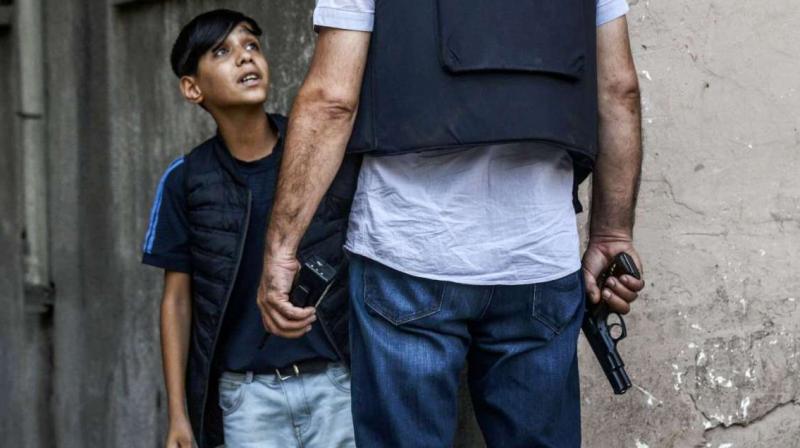 Neighborhood factors, like liquor store density, domestic violence and violent crime rates, may be tied to biological factors like stress hormone responses for children, according to a new study in New Orleans.

Violence is by no means the only source of stress for kids, but it is an important one, said lead author Katherine P. Theall of Global Community Health and Behavioral Services at Tulane University School of Public Health and Tropical Medicine in New Orleans.

“I think we often may overlook the impact of just witnessing violence or living in communities with higher violence,” Theall told Reuters Health by email. “Furthermore, it’s important to think about the connections between community violence (often stemming from larger structural forces and lack of infrastructure and investment in some neighborhoods), what that does for violence and other stressors in the home, and the ultimate impact on those most vulnerable like children.”

In children who lived near more liquor stores, domestic violence and violent crime, cortisol levels were more likely to remain high and less likely to return to normal after the stress test.

Telomere length decreased a small but measurable amount for each additional liquor store in a child’s neighborhood, and for each report of domestic violence or violent crime within 500 meters (about 1600 feet) of home, as reported in JAMA Pediatrics, November 14th.

"Results indicate that the effect of adverse neighborhood-level factors is measurable at the biological level, even in children," the authors write.

It is hard to generalize a study of only 85 kids, Theall said. And biological markers like stress hormones and telomeres are not “hard end points” like illness or social problems. Still, these markers may have implications for health risks later, Theall said.

“I think that at the neighborhood level we must think about the built and social environments and how they foster violence and disorder,” she said. “Changing such environments through policy changes, empowerment or collective efficacy building are some potential ways.”

Parents and policymakers should be aware that kids are not immune to their larger neighborhood or even home environment, Theall said.

“Early adverse experiences do get under our skin to influence our biology,” said Megan R. Gunnar of the University of Minnesota Institute of Child Development, who was not part of the new study.

“Animal studies where we can experimentally control exposures to adversity demonstrate that the type of effects observed in this study are predictive of poor health later in development,” Gunnar told Reuters Health by email. “It is not rocket science to know that children need safe places to live in order to grow into healthy and productive adults.”

“Despite this, many of the children in these neighborhoods will be resilient,” Gunnar said. “Identifying the protective factors that support that resilience and building on them, especially for children showing the effects of toxic exposures, is the appropriate response to the pediatric health issues revealed by this study.”