The research is potentially relevant to type-2 diabetes, the most common form of the disease. 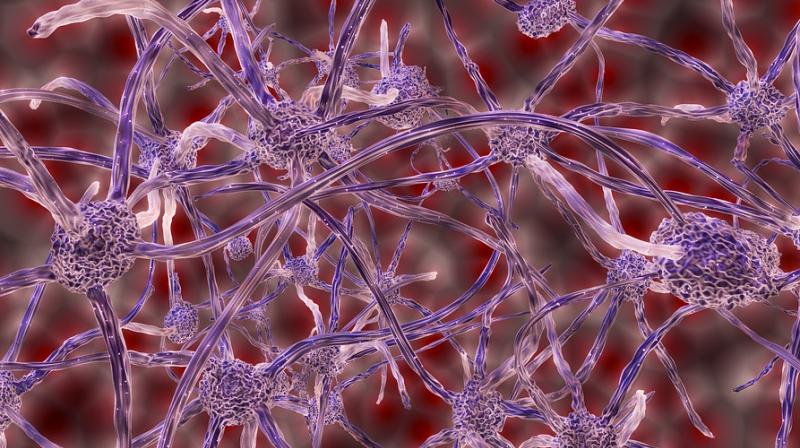 It has been known for some time that neurons and pancreatic beta cells have many similarities in molecular makeup and signaling receptors. (Photo: Pixabay)

Washington D.C.: A recent study shows that protein that regulates the development of nerve cells also helps in prompting cells in the pancreas to release insulin, a hormone that helps to maintain a normal level of blood sugar, says a study.

The research is potentially relevant to type-2 diabetes, the most common form of the disease. In type-1 diabetes, which can appear at any time of life, the body makes insulin, but is either not releasing enough of it or not using the regulatory chemical efficiently to control blood sugar. In type-1 diabetes, which appears in childhood, an immune response gone awry destroys the body's ability to produce insulin altogether.

It has been known for some time that neurons and the pancreatic beta cells, or ÃŸ-cells, that reside in clusters called islets of Langerhans and produce insulin, have many similarities in molecular makeup and signaling receptors. Receptors are proteins on cell surfaces that respond to particular chemicals and have critical roles in biochemical pathways. Both neurons and pancreatic ÃŸ-cells have the receptors for neurotrophins.

"This project was sparked by seeing NGF receptors present in beta-cells,"said Rejji Kuruvilla, the researcher. The question was, she said: "What are these receptors doing outside the nervous system?"

It turns out that NGF performs a function in the mature pancreas that has nothing to do with supporting neurons. Specifically, the research team traced a chain of biochemical signals showing that elevated blood glucose causes NGF to be released from blood vessels in the pancreas, and that the NGF signal then prompts pancreatic ÃŸ-cells to relax their rigid cytoskeletal structure, releasing insulin granules into the blood stream. Although ÃŸ-cells also make NGF, Kuruvilla and her team found that it was the NGF released from the blood vessels that is needed for insulin secretion.

Using genetic manipulation in mice and drugs to block NGF signaling in ÃŸ-cells, they were able to disrupt distinct elements of this signaling sequence, to show that this classical neuronal pathway is necessary to enhance insulin secretion and glucose tolerance in mice. Importantly, Kuruvilla and colleagues found that NGF's ability to enhance insulin secretion in response to high glucose also occurs in human ÃŸ-cells.

It is not yet clear how this system is affected in people with diabetes. "We are very interested in knowing whether aspects of this pathway are disrupted in pre-diabetic individuals," Kuruvilla said. It would be of interest to determine if NGF or small molecules that bind and activate NGF receptors in the pancreas could be of potential use in the treatment of type-2 diabetes. These are questions to be pursued in further research.

The study has been published in Developmental Cell journal.