Towards a cancer-free world

The treatment is still at its very early stages and done only on vivo trails. 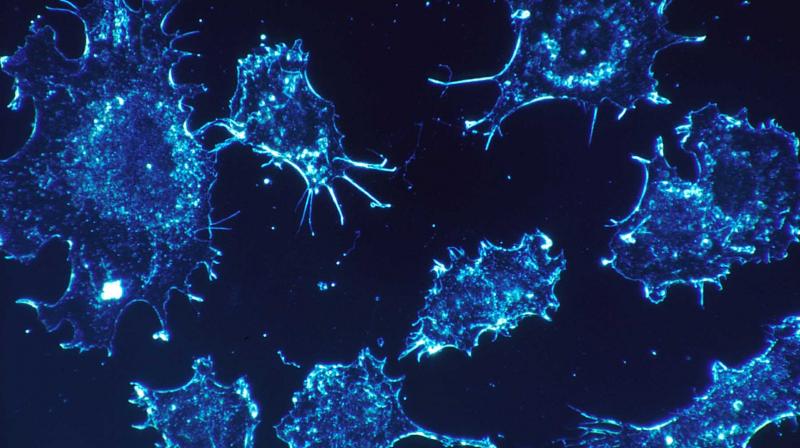 When its DNA is damaged beyond repair, a cell’s natural defense is to kill itself, a process called apoptosis.

While some medical studies focus on developing completely new medicines and treatments for diseases, others attempt to improve existing options. In an attempt at the latter, researchers from the Georgia Institute of Technology have developed a new nanoparticle-based treatment that makes chemotherapy more effective. Their treatment targets epidermal growth factor receptors (EGFRs). These cell structures are found in epithelial cells, which line the body’s organs. In a healthy cell, they jumpstart a variety of typical cellular functions, but in cancer cells, they are overproduced. “The problem is that because of this overexpression, many cellular functions, including cell replication and resistance to certain chemotherapy drugs, are dramatically cranked up,” says chief researcher John McDonald.

When its DNA is damaged beyond repair, a cell’s natural defense is to kill itself, a process called apoptosis. Elevated levels of EGFR thwart this function. Therefore, chemotherapy drugs that are designed to trigger apoptosis in cancerous cells become ineffective.

The Georgia Tech researchers developed a nanoparticle therapy that uses a minute gel pellet to deliver short interfering (si) RNA to cancer cells. This siRNA is able to prevent the cell from starting the process to produce the protein for EGFR. “We’re knocking down EGFR at the RNA level,” McDonald said. “Since EGFR is multi-functional, it’s not exactly clear which malfunctions contribute to ovarian cancer growth. By completely knocking out its production in ovarian cancer cells, all EGFR functions are blocked.”

SOME TIME COMING
The researchers were able to stee the efficacy of their method by using it to treat ovarian cancer in mice. By combining their siRNA with the chemotherapy drug cisplatin, they were able to reduce resistance to the medication and drastically shrink carcinomas or even eliminate them altogether. The plan is  to use the same nanohydrogel with other kinds of RNA to treat different types cancers.

Right now, the treatment is still at its very early stages and thus far the only in vivo trials have been on four mice. The law requires many more trials that show the treatment’s efficacy on animals before the researchers can move on to preliminary human trials, so we won’t be seeing this method used on people for quite some time. For now, it joins the growing number of nanoparticle treatments that could one day deal the final blow to the big C.