Life   Health  15 Nov 2017  Find out why you should eat more chicken and eggs
Life, Health

Find out why you should eat more chicken and eggs 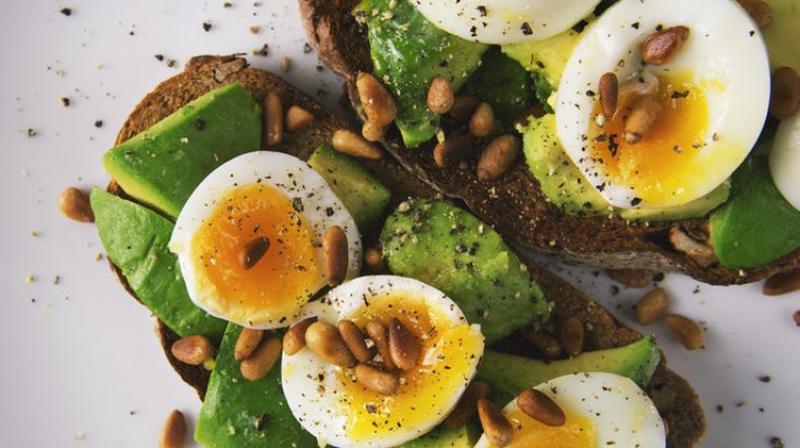 Omega 3 fatty acids are known to be beneficial for the brain, eyes, arteries and general good health and are normally found in oily fish. (Photo: Pexels)

A new study now finds that meat and eggs from chicken fed a diet that is rich in omega 3 are likely to reduce risks of heart attacks, strokes, dementia and depression.

Omega 3 fatty acids are known to be beneficial for the brain, eyes, arteries and general good health and are normally found in oily fish.

New research on eggs and meat from chickens given a diet including an algae which is rich in the substance offer shows similar human health benefits.

The research which was carried out by the Royal College of Surgeons in Ireland on behalf of Belfast-based farming and food company Devenish aims on improving the health of chicken meat and eggs for 10 years in a partnership with Waitrose and its chicken suppliers, Moy Park.

Participants of the trial saw an increase in omega-3-PUFA levels in blood and a positive shift in what is described as the 'omega-3 Index'- a test that measures the amount of the omega-3 fatty acids, Docosahexaenoic Acid (DHA) and Eicosapentaenoic Acid (EPA) in red blood cell membranes.

A low omega-3 Index indicates a heightened risk of heart and brain disease. The number of people who fell into this category halved during the trial.

The results of the six month clinical trial were presented on a world stage at the American Heart Association Scientific Sessions Conference in Anaheim, California.