This protein may be new weapon against cancer, birth defects

Here is what researchers discovered. 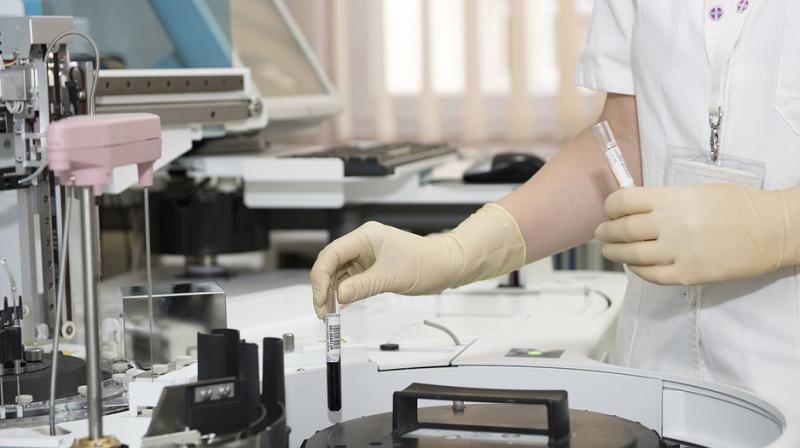 Washington: A team of researchers has come up with an artificial protein that may block malignant properties of cancer cells as well as correct certain birth defects.

The findings may lead to identifying new molecular targets suitable for therapeutic intervention.

Cells in the human body need to communicate with each other to function properly. This is accomplished by a molecular mechanism called signal transduction and its dysregulation leads to human disease. A group of molecules called G proteins act as a signaling mechanism that enables cells to change their behavior when they are activated by surface receptors.

According to the researchers, the G proteins can be activated via alternative mechanisms independent of surface receptors that also impact normal cell behavior and pathogenesis. Unfortunately, there are no efficient tools to investigate these alternative G protein activators and learn how to tackle their aberrant behavior in disease, until now.

"We have engineered an artificial protein that when expressed in cells can specifically blunt receptor-independent G protein activation and subsequent changes in cell behavior. We implemented this to block malignant properties of cancer cells and to correct birth defects associated with the aberrant dysregulation of cellular communication," explained corresponding author Mikel Garcia-Marcos from Boston University School of Medicine (BUSM).

Garcia-Marcos noted that although the clinical implications for this discovery are indirect - since the engineered protein cannot be delivered to patients - it does represent a significant advance in the identification of a new class of molecular targets in cancer or neonatal malformations.

The study appears in the journal Proceedings of the National Academy of Sciences.