Mass media effects children’s health and physiologically, having an impact on socio-cultural functioning and psychological wellbeing. 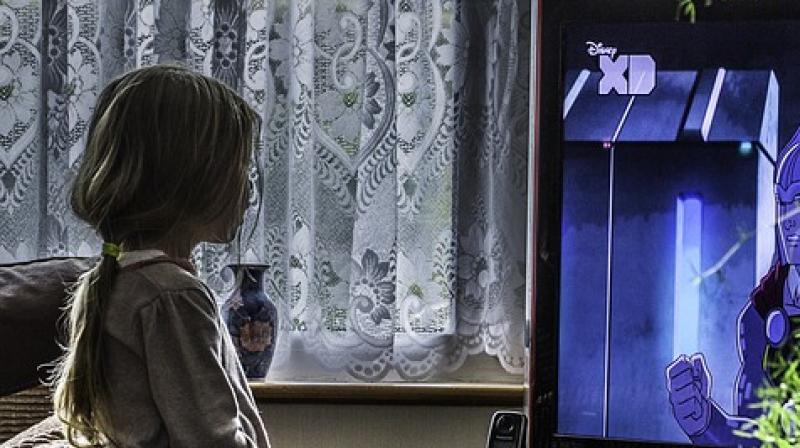 In the past 25 years, obesity rates have climbed rapidly among European children and teens.

Children’s waistlines have been expanding in lock step with the amount of time they spend with televisions, computers, smartphones and tablets, European doctors say.

In the past 25 years, obesity rates have climbed rapidly among European children and teens, according to a consensus statement from the European Academy of Pediatrics and the European Childhood Obesity Group published in Acta Paediatrica.

Roughly one in five kids and teens in Europe are overweight or obese, according to a 2017 World Health Organization study, the authors note.

Today, 97 percent of European households have a TV in their home, 72 percent have a computer, 68 percent have internet access and 91 percent have mobile phones, according to the statement.

This has spurred a surge in screen time, contributing to inadequate sleep, worse eating habits and less exercise - all of which can make it easy for children to become overweight, the statement authors argue.

“Mass media has been shown to have a broad effect on children’s health and can affect them physiologically and have an impact on their socio-cultural functioning and psychological wellbeing,” said senior author of the statement, Dr. Adamos Hadjipanayis, a researcher at European University Cyprus in Nicosia and secretary general of the European Academy of Pediatrics.

“There is evidence of a strong link between obesity levels across European countries and childhood media exposure,” Hadjipanayis said by email.

Parents are part of the problem, Hadjipanayis and colleagues argue.

Even as children’s screen time rises, parents demonstrate little awareness about what their kids do online or how much time they spend with tablets, smartphones and computers, the statement emphasizes.

Food advertising is another problem, because it can convince kids to crave and demand more junk food and make them less likely to eat their fruits and veggies, the statement also notes. Kids also tend to consume a large portion of their daily calories while watching TV, when ads may influence their food choices.

The fix is more vigilance, the authors argue.

“When their TV time goes down, so does their (weight),” said Dr. David Hill, chair, American Academy of Pediatrics (AAP) Council on Communications and Media and a researcher at the University of North Carolina School of Medicine in Chapel Hill.

“Food advertising seems to drive this relationship, as opposed to decreased activity. Sleep is also a major concern,” Hill, who wasn’t involved in the statement, said by email. “Screen media before bedtime interfere with sleep quality and duration, and poor sleep contributes to obesity.”

The APP has tips for parents on managing media online, Hill said (bit.ly/2epneyO).

Common sense should prevail, said Dr. Jennifer Emond, a researcher at the Geisel School of Medicine at Dartmouth College in Lebanon, New Hampshire, who wasn’t involved in the statement.

“Limit media time each day, no media in the bedroom and ensure the media children are exposed to is high quality,” Emond said by email. “Regarding social media, parents should have access to their children’s social media sites and monitor their children’s interaction with social media - that has benefits beyond promoting a healthy weight.”

Parents of children who are already spending hours a day online and watching various screens may want to cut back media use gradually to make changes more effective, said Erica Kenney, a researcher at the Harvard T.H. Chan School of Public Health in Boston who wasn’t involved in the statement.

“If parents find that their kids are using media for something like 7 hours a day or more, which seems pretty typical . . . , trying all of a sudden to get that down to 2 hours a day is probably not going to be successful,” Kenney said. “Gradually implementing rules to help kids cut down on their use is probably going to work better.”