Bleeding eye Fever kills 4, feared to be worse than Plague 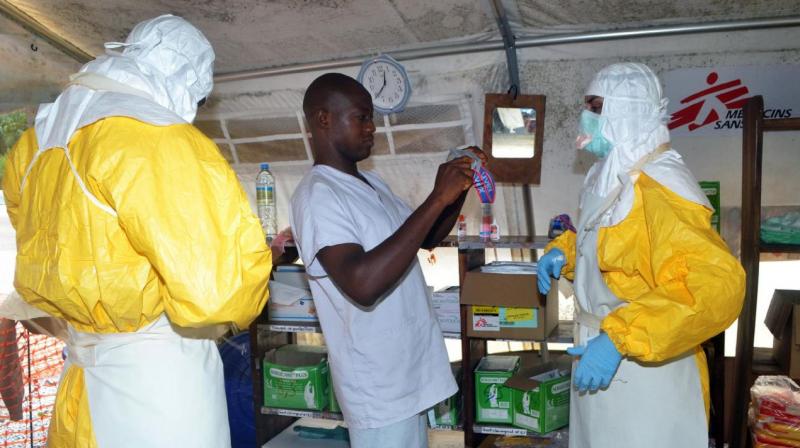 The disease is transmitted to humans through tick bites, or through contact with the blood of infected animals especially during slaughter. (Representational Image/ AFP)

South Sudan saw three people die in December and now a girl has died in Uganda, sparking fears of a major epidemic as the Bleeding eye Fever that is being touted to be deadlier than the plague kills four and infects dozens in East Africa.

Health Chiefs warn that the spread could be ‘catastrophic’

According to experts, the horrific new disease could bring about fresh misery to the continent which is still reeling from the deadly Ebola outbreak of 2014-16. The virus – which leaves people bleeding from their eyes, mouth, and anus – is thought to be spreading in South Sudan.

The three who have died, include, a pregnant woman, a teenage boy and a teenage girl, all from the Eastern Lake State.

Up to 60 people are now feared to be infected, and are each undergoing tests by a team from the Sudanese healthy ministry and the World Health Organisation (WHO).

And medics are now concerned they are on the verge of a health emergency —  worse that the Black Death outbreak last year — after the sudden death of a child in the Nakaseke district of neighbouring Uganda.

The nine-year-old girl died after displaying the nightmarish symptoms of the extremely infectious virus that kills up to 40 per cent of those affected.

And tests have now confirmed she died from the disease - officially named Crimean-Congo hemorrhagic fever - according to Xinhua news agency.

The disease is transmitted to humans through tick bites, or through contact with the blood of infected animals especially during slaughter.

Authorities at the hospital said the body would be buried by health teams because of "sensitivity" about the disease spreading.

Experts from the WHO are already creating an outbreak plan and are deploying rapid response teams to monitor what they fear could be a major epidemic.

There are now fears the disease could spread to neighbouring countries including Sudan, Ethiopia, Kenya, DR Congo and the Central African Republic.

The three victims in South Sudan, who died in late December, had no history of close contact – and their burials were unsupervised.

Bleeding Eye Fever begins like a normal fever before escalating when the victim starts to vomit blood.