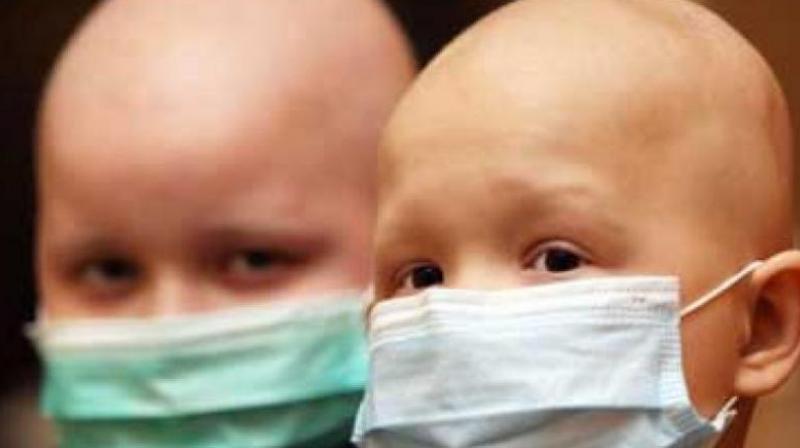 This discovery will help target the development of specific therapies (Photo: AFP)

London: A new study into a rare type of pancreatic cancer has found that one may inherit more than twice the number of cancer genes than experts previously thought.

The research was led by the ARC-Net Research Centre of the University Hospital of Verona, Italy, with significant contributions from the University of Glasgow.

Researchers found there were a significant number of inherited mutations in this type of cancer - 17 per cent of PaNETs cases looked at were linked to inherited faulty genes.

Previously it was thought only 5 per cent of tumours were linked to hereditary genes.

NETs are relatively rare and represent less than 0.5 per cent of all malignant tumours. They are low-incidence tumours, but with high prevalence, often because patients live for many years with the disease.

The study was coordinated by the Veronese multi centre team of Arc-Net, led by Professor Aldo Scarpa, which brought together pancreatic cancer expertise from around the world.

Professor Scarpa said: "In this study we studied 160 PaNETs. By sequencing the genome of these tumours we have decrypted the landscape of genetic alterations of these tumours. This discovery will allow us to target the development of specific therapies that aim to counter the alterations identified".

Professor Andrew Biankin, the University of Glasgow's Regius Chair of Surgery and the Director the Translational Research Centre said: "This study is a great example of International Team Science under the auspices of the International Cancer Genome Consortium."

"We managed to overcome all the societal hurdles of data and material sharing to make significant findings in an uncommon cancer type that can be difficult to treat," Biankin said.

One of the most provocative findings is that these cancers had a larger than expected inherited gene defect that likely contributed to their development, potentially raising challenges in the clinic and refocusing future studies in the area.