Here’s how female hormones are linked to asthma

Analysis of studies involving women highlights a link between asthma symptoms and key life changes such as puberty and menopause. 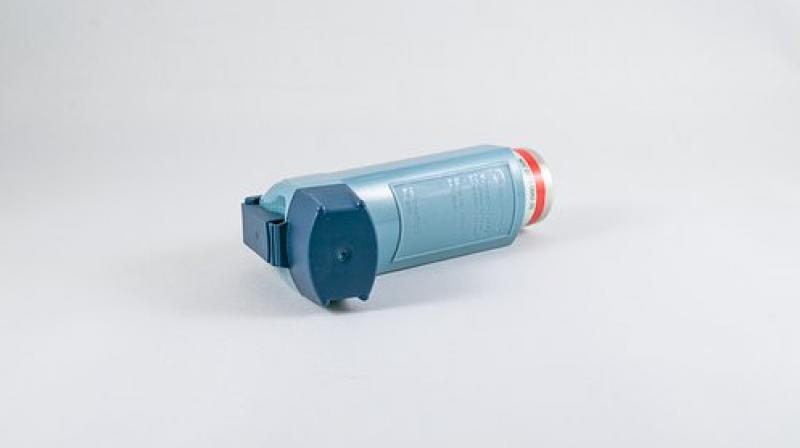 The researchers plan to study the biological processes through which sex hormones might play a role in asthma and allergy. (Photo: Pixabay)

Washington DC: Variation in female sex hormones could be linked to the development of allergies and asthma, according to experts.

Analysis of studies involving more than 500,000 women highlights a link between asthma symptoms and key life changes such as puberty and menopause.

Further investigation could help explain why asthma is more common in boys than girls in childhood, but more common in teenage girls and women following puberty.

Experts say, however, that the relationship is inconclusive and call for more research.

Asthma is a disease of the airways that can seriously restrict breathing and is often associated with allergies.

Many women report that their asthma symptoms change with their menstrual cycle, which may be down to variations in levels of hormones, including estrogen and progesterone, but the link is unclear.

Researchers at the University of Edinburgh reviewed more than 50 studies of women with asthma from puberty to 75 years of age.

They found that starting periods before turning 11 years old, as well as irregular periods, was associated with a higher rate of asthma.

Onset of menopause - when periods stop and oestrogen and progesterone levels fluctuate - was also associated with a higher chance of having asthma compared with pre menopause.

Scientists say the link between asthma and hormonal drugs including HRT and contraceptives is unclear and women should continue to take medications as prescribed by their GP.

The researchers plan to study the biological processes through which sex hormones might play a role in asthma and allergy.

Dr Nicola McCleary, who led the study at the University of Edinburgh's Asthma UK Centre for Applied Research, said: "Asthma and allergy symptoms are often affected by life events such as puberty and menopause, but the reasons behind this are unclear.

"In carrying out this systematic review, we noted that there were many differences between studies investigating hormonal treatments in terms of the type and dose of hormone, and the way patients took the treatment. This made it difficult to draw firm conclusions from the results. We are now undertaking a project to clarify the role of contraceptives and HRT in asthma and allergy symptoms."

The study has been published in the Journal of Allergy and Clinical Immunology.