Here's why Kate has a bigger bump in current pregnancy

According to expert, most women who have given birth twice before will have bigger bumps in subsequent pregnancies. 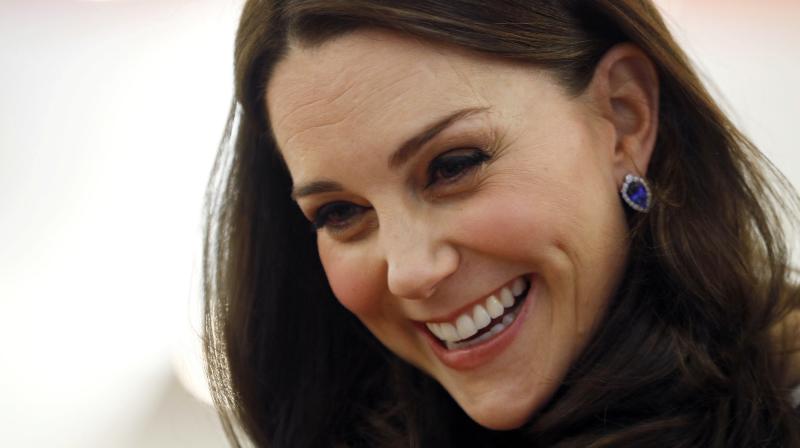 Photos show Kate barely looked pregnant in the late stages of her previous pregnancies, however the royal has displayed a blooming figure during her recent official engagements. (Photo: AP)

Duchess of Cambridge has managed to maintain an impeccably streamlined figure when she was expecting Prince George and Princess Charlotte.

However, Kate, 36, is sporting a considerably bigger bump ahead of giving birth next month than she was at eight months pregnant with her first two children.

Photos show Kate barely looked pregnant in the late stages of her previous pregnancies, however the royal has displayed a blooming figure during her recent official engagements.

According to Aly Dilks, a former midwife, who is Clinical Director at The Women's Health Clinic, most women who have given birth twice before will have bigger bumps in subsequent pregnancies.

According to her, this is mainly due to the body simply knowing what it needs to do in terms of making space for the new arrival, and that is has become adept at making sure the baby is adequately nourished.

She further explains that during the first pregnancy the body uses hormones to make changes to accommodate the baby. As the rib cage widens and the uterus expands, it can take time to establish a real bump. However by the second pregnancy, the rib cage has already widened giving the uterus plenty of time to expand and baby to "pop" more quickly.

Aly added that some women may notice that their breasts are also become bigger in subsequent pregnancies.

Another reason for Kate's different shape could be the way the placenta is sitting.