Many kidney transplants fail due to genetic incompatibility. 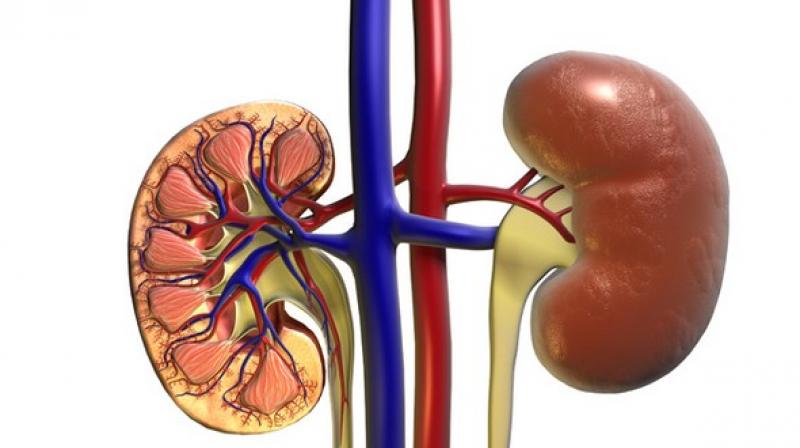 The new study could lead to more precise matching between donors and patients and reduce kidney transplant failures. (Photo: ANI)

Washington: Genetic incompatibility may be the reason why many kidney transplants fail, even when donors and recipients are thought to be well-matched, a recent study has observed.

According to the study published in the Journal of Medicine, genomic collision is a genetic incompatibility between the kidney donor and recipient, causing the recipient to mount an immune attack against the donor protein.

The new study could lead to more precise matching between donors and patients and reduce kidney transplant failures. Also, the same genomic collision may potentially occur in heart, liver, and lung transplants.

However, mismatches can only explain about two-thirds of transplants that fail for immunological reasons. "The rest of those failures are probably due to less common antigens, or so-called minor histocompatibility antigens. However, the identity of most of these antigens and how they lead to rejection is largely not known," said senior co-author Krzysztof Kiryluk.

The study found that kidney recipients with two copies of a deletion near a gene called LIMS1 had a significantly higher risk of rejection when the donor's kidney had at least one full-sized version of the same gene. Transplanted organs commonly experience a significant period of low oxygenation, which appears to compound the genomic collision.

The findings may apply to other types of organ transplants since LIMS1 is also expressed in the lung, heart, and liver. Similarly, other genetic incompatibilities may also be contributing to the rejection of these organs.

"This project illustrates how genetic analysis is empowering clinical care by enabling better matching and the antibody test potentially presents a noninvasive method for screening for organ rejection in individuals with an existing transplant," explained another co-author Ali G. Gharavi.

"The LIMS1 gene has gone previously undetected in earlier searches, partly due to the limited sample size of previous studies. We estimate that a traditional genome-wide association study would need to analyze a minimum of 13,000 kidney recipients to find this gene," Kiryluk concluded.