Khushboo: 'Men aren't the stronger sex. They don't have to be'

In the light of Sushant Singh Rajput's suicide, film people and mental health experts are talking about importance of mental health 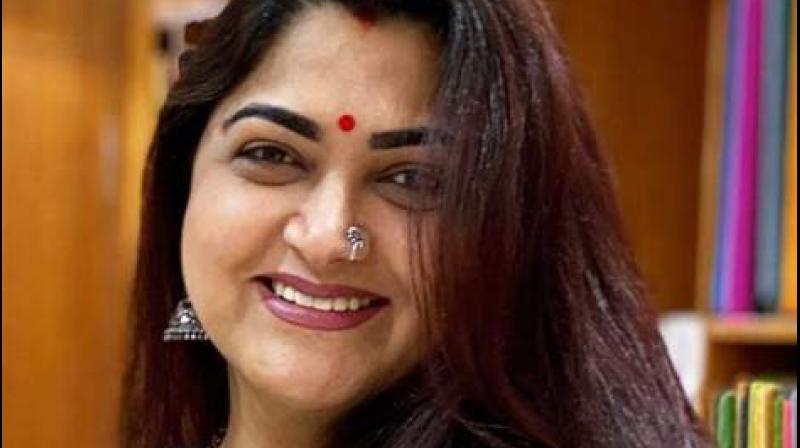 We may claim to have evolved into a society of equals, but our gender-defined roles continue to weigh us down.

For instance, while it is considered normal for a woman to cry when she feels too overwhelmed, the same can undermine a man and raise questions about his masculinity.

Men are raised, since childhood, to be ‘strong’ and to reveal one’s emotions is often considered ‘feminine’. Allowing one to address one’s feelings can be key to keeping a check on various mental health issues.

The untimely death by suicide of actor Sushant Singh Rajput has opened up a serious debate about the stagnant nature of gender roles, where men are often being emotion-shamed for exhibiting fears and giving in to tears.

Dr Anita Ratnam, who did her PhD in Women’s Studies and is a specialist dancer who pushes the gender dialogue, says,

“Being the mother of a daughter and a son, I’ve had to constantly second guess my son’s emotions. I had to keep asking and prodding to know his feelings. My daughter was more open. Genetically, men are told to be ‘strong’ and are repeatedly told to curb their emotions. We need to really blow this open and let men in our families know that it’s okay to resort to tears and speak about their lows rather than resort to alcohol or self-harm.”

“All human beings go through severe ups and downs. The best of stars have had some really rocky times. But men in our industry have built such larger than life images that sometimes even their friends aren’t able to gauge their low moments. Often, we think ‘oh he’s just fine’ or ‘he’s got it all’, we don’t understand depression and the signals. It has to come from the home.

When we raise men let’s not celebrate them as the stronger sex needing to protect the women.

Women are really tough and somehow historically, biologically and even culturally we have faced a lot more. So this whole concept of ‘weaker sex’ and the stronger one not exhibiting emotions has to go. Women have learnt to deal with marriage, childbirth, financial upheavals and breakups in a more holistic way, giving way to their emotions too.”

While growing up, boys tend to have a higher physical drive, and so are celebrated for their sportiness and strength, says Dr Saranya Jaikumar, an educational psychologist.

She says, “Boys display higher levels of activity and lower ability of language usage and behaviour restrictions than girls by nature.”

So when boys grow up and mature, the environment they grow up in and their own minds may dampen emotional expressiveness as a way to down-regulate their high emotional arousal and activity level.

On the other hand, girls are encouraged to utilise their higher vocabulary and communication skills to verbally express their emotions to parents and other adults, which would also highlight expression differences between genders. So, emotions are common for men and women but men choose not to display them. In that sense, the cognitive processes of men are always more mysterious than those of women.”

Speaking with a sense of deep loss and concern, actor Madhavan says, “There is constant pressure to live up to a norm and be a certain way. Men, and especially stars, must be able to communicate without fear or media buzz, or being dissected for their issues. There is too much pressure under the arc lights.”

Whether it’s someone in the public eye or not, emotions, even negative ones, are valid, and they are felt by every thinking individual, man or woman. Isn’t it time we accepted that manning up to a situation doesn't mean bottling up natural feelings to the point they implode? Can we not do our sons that favour?