Life   Health  16 Jul 2017  Zika unlikely to get worse due to prior dengue fever
Life, Health

Zika unlikely to get worse due to prior dengue fever 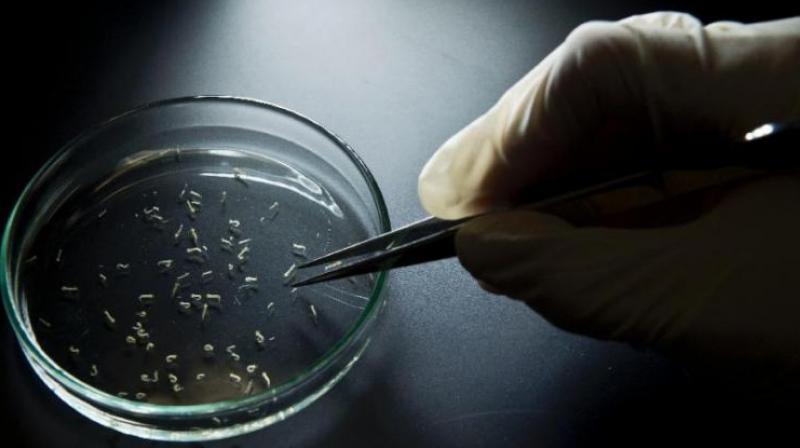 Washington: People who are infected by Zika virus after having dengue fever do not appear to become more severely ill than those who have never had dengue, a study suggests.

"Our results show this aggravation does not occur, or occurs only very rarely and can't be detected by a study such as this," said Mauricio Lacerda Nogueira, Professor at the Sao Jose do Rio Preto Medical School (FAMERP) in Brazil. Researchers studied 65 people who live in and around Sao Jose do Rio Preto, where dengue is endemic and there was a particularly rapid outbreak of Zika during the 2016 epidemic.

During the period when the Zika epidemic was at its most intense, between January and July 2016, researchers collected blood samples from 65 people who presented with fever and symptoms of dengue or Zika at the emergency unit of the reference hospital. Analysis of the viral genetic material found in these blood samples showed 45 patients had been infected by Zika and 20 by dengue.

The tests also showed 78 per cent of those with Zika (35 people) and 70 percent of those with dengue had been infected previously by dengue virus. Shortly after the Zika epidemic emerged, it began to be suspected that prior infection by dengue could lead to more severe clinical manifestations of Zika, similar to those of dengue hemorrhagic fever, such as bleeding under the skin, a large decrease in blood pressure.

If prior dengue infection facilitated the multiplication of Zika, the number should be much higher in the former group, but the researchers found both groups had similar viral loads, researchers said. The study was published in the journal Clinical Infectious Diseases.