Rescued Thai boys may have 'cave disease'; here’s everything you need to know

A healthy person who’s been exposed may show no signs or symptoms at all. 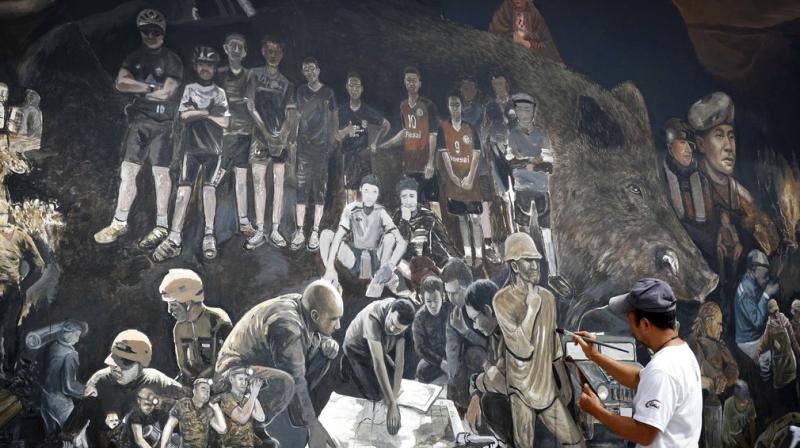 People with weakened immune systems should avoid cave exploring, which is considered a high-risk activity for them. (Photo: AP)

All 12 Thai boys and their coach who were trapped inside a flooded subterranean dungeon for more than two weeks may be at risk of 'cave disease', experts fear.

Having survived extreme conditions of the dank Tham Luang cave, in the hilly jungle of northern Thailand for more than two weeks, experts fear they may all be at risk of speleonosis, or cave disease.

Detecting cave disease can be difficult and depends on many factors.

These include a person's baseline health and how much exposure he or she had to the fungus.

A healthy person who’s been exposed may show no signs or symptoms at all.

Though most people exposed to Histoplasmosis don't get sick, those who do may look like they just have the flu with symptoms including fever, cough, extreme tiredness, chills, headache, body aches or chest pain.

These symptoms usually appear between three and 17 days after a person breathes in the fungus.

A person with a weaker immune system, such as someone with uncontrolled HIV or undergoing cancer treatment, may develop more severe symptoms, such as confusion, as the disease spreads from the lungs to other parts of the body like the brain.

Severe infections can cause death.

Cave disease resolves itself over time, without medication, for most people.

However, for more severe symptoms or those with weaker immune systems, some antifungal medications may be required to treat the infection. Treatment can range from three months to one year.

Since the fungus is commonly found in many areas, it can be hard to avoid breathing in the spores.

One way to decrease the risk is to avoid disturbing any surfaces with bird or bat droppings.

Anyone who chooses to explore caves can contact local cavers and public health departments to determine which caves are at higher risk for Histoplasmosis and consider wearing specialized dust-mist masks to minimise inhaling spores.

People with weakened immune systems should avoid cave exploring, which is considered a high-risk activity for them.