Results from landmark trial show that monthly injection is as effective as daily cocktail of ART medication parents have to currently take. 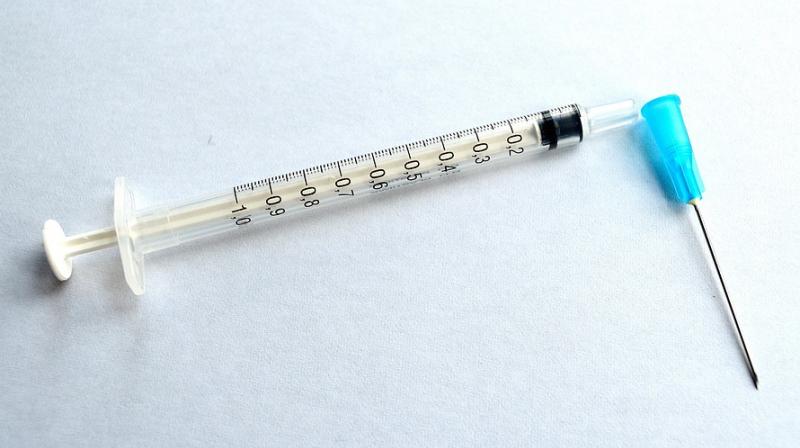 The Phase III trial, conducted for over a year, was the final hurdle faced before treatments can be licensed. (Photo: Pixabay)

HIV patients could soon be offered a long lasing injection control the killer virus and keep AIDS at bay.

The results from the landmark trial show that a monthly injection is as effective as the daily cocktail of ART medication that parents have to currently take.

Experts claim replacing the daily regimen of three or more antiretroviral (ART) pills with a jab will improve compliance.

The Phase III trial, conducted for over a year, was the final hurdle faced before treatments can be licensed.

The tests were carried out by an Irish drug firm and involved HIV patients from 13 countries.

Nearly 37 million adults and children across the world have HIV. The virus progressively damages the cells in the immune system, weakening the body's ability to fight infections.

Left untreated, this leads to AIDS – the collective name for a series of deadly infections which the weakened immune system cannot tackle.

The injection, which has to be administered by a nurse or doctors at present - contains two ART drugs, cabotegravir and rilpirivine.

The new ATLAS trial was a Phase III, the final testing hurdle before a new drug or treatment can be licensed for use on humans.

The study saw nearly 620 patients from 13 countries who had suppressed HIV be given a three-pill standard treatment, before switching to the monthly jab.

ViiV Healthcare, the pharmaceutical firm behind the trial, has now claimed that the injection met its primary goal of long-term viral suppression.

Effectiveness at keeping HIV suppressed was similar between the jab and the three-pill-a-day treatment over a period of 48 weeks.

Speaking to MailOnline, Dr John Pottage, chief scientific and medical officer at ViiV Healthcare, suggested future versions of the jab could be self-injected.

He said, “This novel approach is another step towards potentially reducing the treatment burden for people living with HIV.”

The long-acting injection ‘may offer an alternative’ to daily pills for patients whose HIV is already suppressed, Dr Pottage added.

According to him, if the jab was to be approved, HIV treatment would be changed ‘from 365 dosing days per year to just 12’.