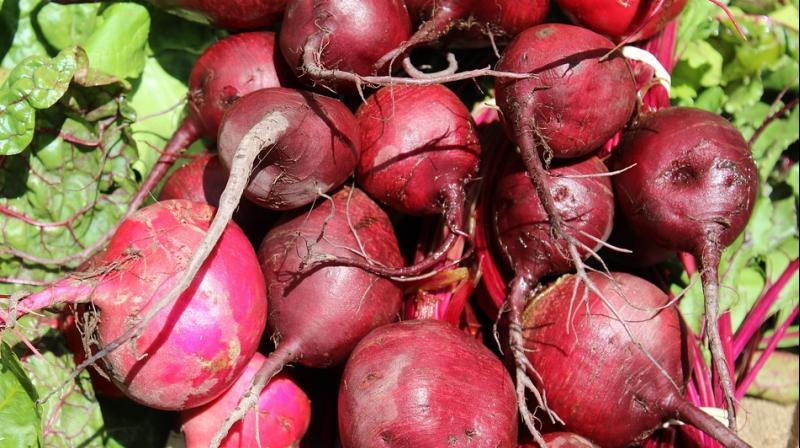 Beetroot is the new superfood on the block. (Photo: Pixabay)

While beetroot may have many benefits for one's body and brain, a study has not found that the superfood is a great post-gym snack.

Other than the root vegetables usual benefits, a recent research carried out in England shows that it also helps muscles recover after intense exercise.

Scientists at the University of Northumbria conducted research with 30 physically active men between the ages of 18 and 28, who work out at least twice a week.

The experiment required the men to do 100 intensive jump exercises. As the exercises were intense, they caused muscle damage in their legs.

He also added that those in the beetroot juice group jumped an average of 18 per cent higher than those in the placebo group two days after completing the exercise bout.

"Both beetroot groups saw reduced soreness and the food could be useful for those with little time between exercise sessions", he said.