Of the more than 5,300 who had surgery, most had gastric bypass, the most common type of stomach-shrinking operation. 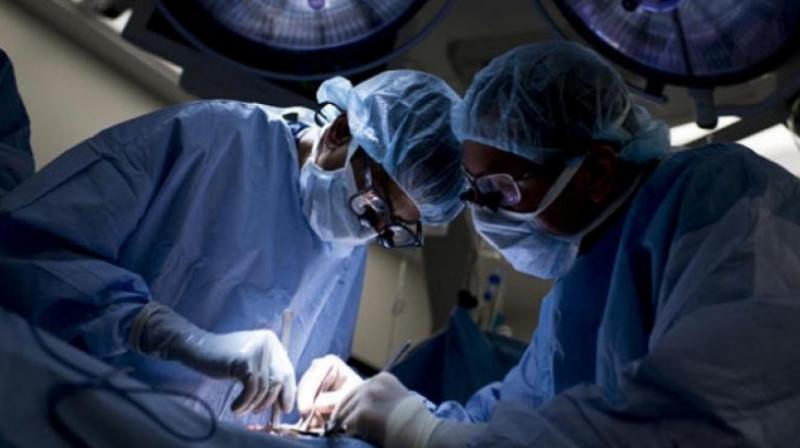 Surgery is thought to help by affecting hormones, gut bacteria and other substances that affect how the body handles insulin and blood sugar (Photo: AFP)

The study tracked about 20,000 severely obese patients with Type 2 diabetes. Those who had weight loss surgery had a 40 percent lower chance of developing a heart attack or stroke in the five years following surgery compared to those who got usual care with diabetes medicines or insulin.

For every 1,000 patients in the study who had surgery there were roughly 20 heart attacks or strokes compared to 40 such events per 1,000 who got regular care.

More than 30 million Americans have diabetes, mostly Type 2 where the body loses the ability to produce or use insulin to turn food into energy.

Doctors usually mention insulin and pills, “but it’s not always brought up that weight loss surgery is another available treatment option,” Arterburn said.

The study can’t prove cause and effect because patients weren’t randomly assigned to get surgery. The researchers tried to match patients for gender, age, blood sugar levels and other factors. But other things they didn’t account for could have contributed to the surgery patients’ better results.

Of the more than 5,300 who had surgery, most had gastric bypass, the most common type of stomach-shrinking operation. Some had gastric sleeve or gastric band procedures. The rest, nearly 15,000 people, had usual care.

Obesity surgery can cost $20,000 to $25,000. Insurers are increasingly covering it, but some impose strict limits.

The new findings suggest insurance coverage should be expanded for the right patients, Dr. Sayeed Ikramuddin of the University of Minnesota wrote in an accompanying editorial.

Surgery is thought to help by affecting hormones, gut bacteria and other substances that affect how the body handles insulin and blood sugar. Weight loss without surgery also helps, but is difficult for many people to achieve.

Most weight loss surgery today is done through small incisions. The dangers are similar to other surgeries, including a small chance of life-threatening complications, and some people need to have their surgeries repeated.