It turns out that men might actually be weaker when it comes to defending themselves against coughs and colds. 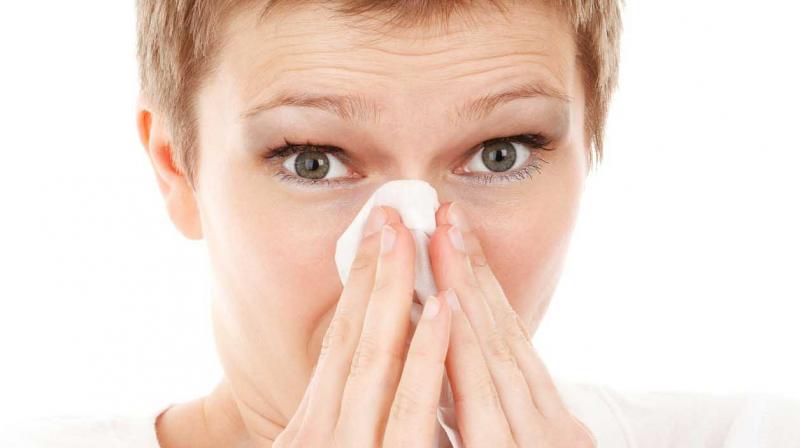 Men are more likely than women to die if they are infected with a number of diseases including chickenpox and tuberculosis.

The next time your other half complains about a sore throat or a particularly bad case of the sniffles, he might not actually be exaggerating. It turns out that men might actually be weaker when it comes to defending themselves against coughs, colds and... Yes, the dreaded man flu.

According to new research from Royal Holloway University of London, some infectious diseases may have even evolved to be more harmful to men than women. This means that men could be hit harder by the infection and might suffer more severe symptoms than the fairer sex. Researchers claim that certain viruses may ‘go easy’ on women in an attempt to be passed on to children through pregnancy, birth or breast-feeding.

Francesco Ubeda, who co-authored the the study, explained, “Viruses may be evolving to be less dangerous to women, looking to preserve the female population.” The virus wants to be passed from mother to child, either through breastfeeding, or just through giving birth.

Men are more likely than women to die if they are infected with a number of diseases including chickenpox and tuberculosis, which is one and a half times more fatal for men, according to the New Scientist. Dr Ubeda’s co-author Vincent Jansen said a virus might be able to tell if its host is a man or a woman by detecting hormonal and other differences — although it’s not quite clear yet how exactly it would do this. He told the New Scientist it could therefore be possible to manipulate a virus by tricking it to “think it’s in a female body rather than a male body and therefore take a different course of action”. While Dr Ubeda told the BBC, “We’re turning it on its head and taking the pathogen’s eye view.” So there you have it people, man flu might actually be a real thing. We’d like to point out however, that ‘Man sized tissues’ remain pointlessly gender specific.