Vaping induces addiction to other substances

Studies reveal that more teens who vape use nicotine and other addictive substances. 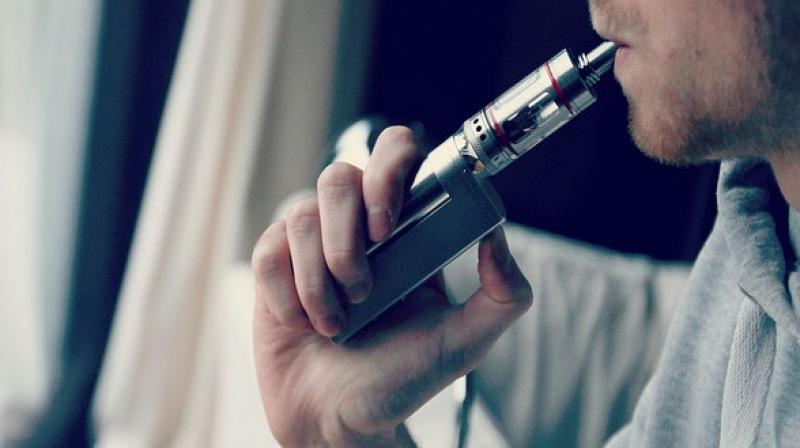 The study was published by Elsevier in the American Journal of Preventive Medicine. (Photo: ANI)

Washington: More teens who vape are using addictive or mind-altering substances than previously believed, a new study has found. The concept of vaping was introduced in societies to reduce addictive smoking, but what this recent study depicts is its opposite.

The data collected at the end of the research overshadows the conclusions of previous researches as it depicts that around 75 per cent of teens who are into vaping, use nicotine, marijuana, and other mind-altering substances and not just the vape flavouring.

"Our study provided a more nuanced view of youth e-cigarette use behaviours than earlier studies. We found that youth were more likely to report vaping nicotine and marijuana than 'just flavouring' only, and that cigarette smoking intensity was associated with an increasing proportion of students reporting vaping nicotine only," said, Hongying Dai, Ph.D., Associate Professor at the College of Public Health, University of Nebraska Medical Center, Omaha, NE, USA.

Through this study, the researchers examined vaping patterns of 14,560 teens. The analysis went on for a period of 30 days. The conclusions that the study drew were that only 24.9 per cent of the teens were reported vaping only flavouring and a majority of 75.1 per cent was reported vaping nicotine, marijuana, and other mind-altering substances.